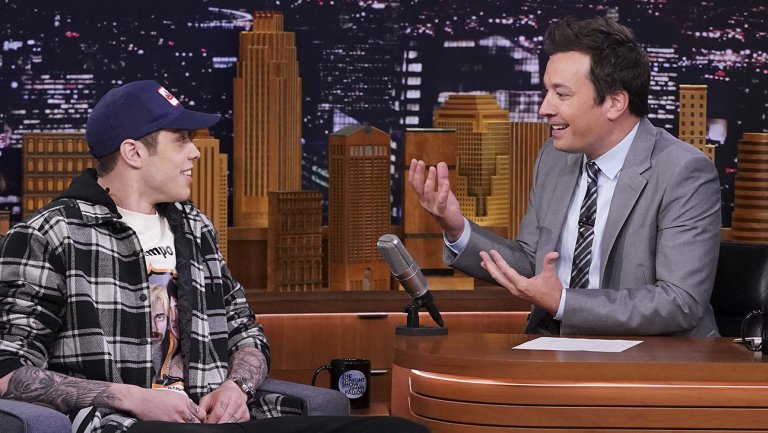 Pete Davidson is confirming what several press reports — and an Instagram of a massive engagement ring — have already led many to conclude: He and Ariana Grande are engaged.

The SNL star confirmed that he and the “No Tears Left to Cry” singer, who have had a whirlwind romance of only a few weeks, were intending to tie the knot during an appearance on The Tonight Showon Wednesday.

“Now you know you didn’t need to get engaged to Ariana Grande to get on our show,” Fallon joked during the appearance. Grande is a favorite of The Tonight Show, having appeared several times on the show and taken over the show in April.

“But I did, though,” Davidson responds. He added, “I feel like I won a contest, it’s so sick.”

When asked how he was handling “it all,” most likely referring to the press fascination over the qiuck relationship, he added, “It’s fucking lit, Jimmy. It’s so funny when you’re walking down the street, and dudes, they’re like…” he said, tipping his hat.

He compared the experience to a famous Gatorade ad. “You ever see that Derek Jeter commercial and he’s retiring and everyone just tips their hat?” he asks. “Some dude came up to me and he was like, ‘Yo man, you gave me hope.'”