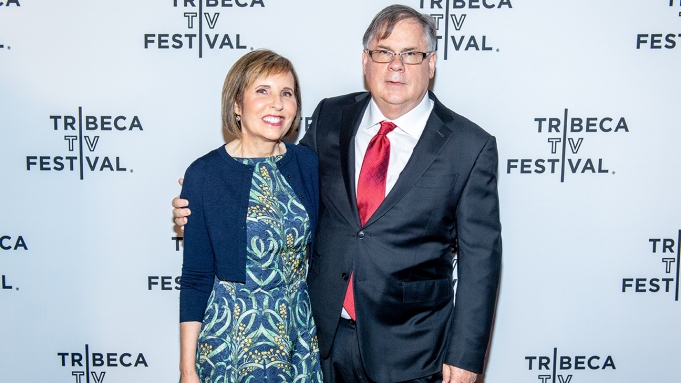 The Good Fight and Evil creators Robert and Michelle King have set their next series at Paramount+.

The married showrunners are adapting the Happy Face podcast as a live-action scripted original series for the ViacomCBS-backed streamer.

The straight-to-series order, which has been in the works for more than a year, is inspired by the true-crime podcast that itself is based on the book Shattered Silence. Both the book and podcast are based on the true-life story of Melissa Jesperson-Moore, who, at age 15, discovered her father was the serial killer known as Happy Face. As an adult, Jesperson-Moore changed her name, guarded her secret and cut off all ties to her father, who is currently serving life in prison.

The Kings’ take on Happy Face will use Jesperson-Moore’s story as a jumping off point and explore what happens when her father contacts her to take credit for another victim and how Jesperson-Moore is pulled into an investigation of her father and his crimes. The series will follow her as she discovers the impact her father’s crimes had on the families of his victims, which ultimately leads to a reckoning with her own identity.

“We’re obsessed with true-crime podcasts, and Happy Face is the best we’ve heard,” the Kings said in a joint statement Wednesday. “Melissa’s story screams out to be dramatized, and Jen is exactly the showrunner to do it.”

The series marks the first pickup at Paramount+ since Paramount TV Studios president Nicole Clemens was promoted this year and added oversight of original scripted series at the streamer. Jennifer Cacicio, who worked with the Kings on Showtime’s Your Honor, will pen the script and exec produce Happy Face alongside the couple and their King Size Productions topper Liz Glotzer. Jesperson-Moore will also exec produce alongside iHeartMedia’s Bob Pittman and Conal Byrne.

“Melissa’s unique, deeply personal and utterly shocking story has captivated listeners around the world. We couldn’t be more excited to have Jennifer at the helm of this project for Paramount+ alongside the incomparable Robert and Michelle King,” Clemens said. “The Good Fight and more recently Evil are two of the most successful series on our service, and we look forward to bringing our subscribers yet another series for fans to love.”

Happy Face is the third original series for the Kings at Paramount+ and joins the former CBS drama Evil and The Good Wife spinoff at the streamer. All three are produced by CBS Studios, where the Kings and their King Size Productions have been based for years with an overall deal. iHeartMedia, which distributes the podcast, will also exec produce the series.

“Melissa’s experience — and her bravery in sharing it with world — was one of the most remarkable partnerships we’ve been able to support here at iHeart,” said Byrne, who serves as CEO of iHeartMedia’s digital audio group. “And we know that audiences will be just as moved by the onscreen adaptation of Happy Face as they were with the hugely successful podcast. Paramount+ has quickly built a fantastic reputation, with some of today’s most exciting content. It’s the perfect home for this incredible story.”