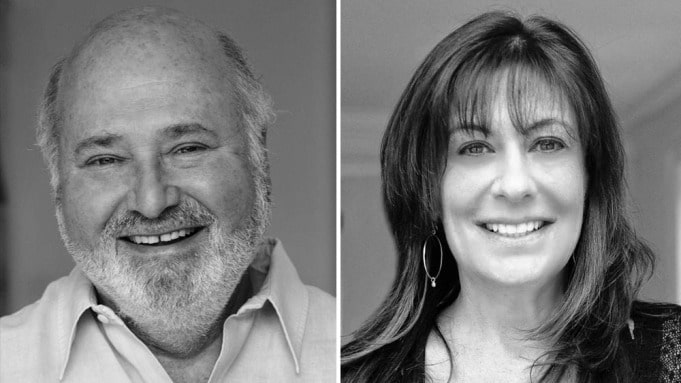 Rob and Michele Reiner have signed a multi-year overall production and directing deal with Warner Bros Television via their newly formed production company as the duo is reviving the Castle Rock banner.

In TV, Castle Rock produced one of the most successful comedy series in history, Seinfeld.

The company was acquired by Turner Broadcasting and became part of Warner Bros following the Time Warner merger. Castle Rock continued to produce movies for Warner Bros; eventually it was disbanded. Rob Reiner kept the name alive, using the Castle Rock moniker for his independent film producing. On his most recent movie, Shock and Awe, released in 2018 by Vertical Entertainment, he teamed with his wife, Michele, a professional photographer. They produced together the drama starring Woody Harrelson and Tommy Lee Jones about the run-up to the Iraq War.

The pact with Warner Bros TV, which was made in May, marks the first overall TV deal in Emmy winner Rob Reiner’s career.

Working with executive Michelle Goldfine, whom the Reiners brought to Castle Rock under the deal, the duo have put together about a dozen projects they will take out when network buying starts to pick up amid the pandemic.

He noted that no project they are developing would fall under the “mainstream sitcom genre” where Castle Rock struck gold with Seinfeld.

“The TV business has changed dramatically since we went out with Seinfeld,” Reiner said. “You now have also streaming services and cable networks, and there is a lot of niche programming and certain type of programming for certain markets and outlets. It’s very different.”

For their TV development, the Reiners also will be able to draw from the Castle Rock library, the bulk of which is owned by Warner Bros.

Reiner is a two-time Emmy winner for his role as Michael Stivic in the groundbreaking series All in the Family. Classic episodes from the series from Norman Lear and Bud Yorkin were recently re-created for ABC’s Emmy-winning Live in Front of a Studio Audience.