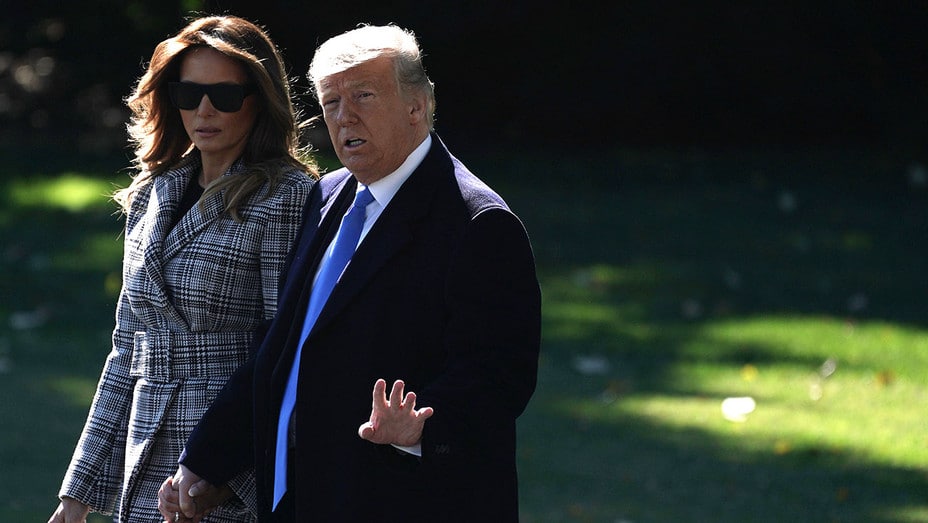 President Donald Trump and first lady Melania Trump have tested positive for the coronavirus, he said Friday. The positive test comes a month until the election and after the president has spent the year largely downplaying the threat of the virus.

Trump’s positive test comes just hours after the White House announced that senior aide Hope Hicks had come down with the virus after traveling with the president several times this week. Trump was last seen by reporters returning to the White House on Thursday evening and looked to be in good health. Trump is 74 years old, putting him at higher risk of serious complications from a virus that has now killed more than 205,000 people nationwide.

“Tonight, @FLOTUS and I tested positive for COVID-19. We will begin our quarantine and recovery process immediately. We will get through this TOGETHER!” Trump tweeted.

In a memorandum, the president’s physician said that the president and first lady “are both well at this time” and “plan to remain at home within the White House during their convalescence.”

“Rest assured I expect the President to continue carrying out his duties without disruption while recovering,” he added.

Trump had announced earlier in an interview with Fox News that he and the first lady were awaiting their results.

The diagnosis marks a major blow for a president who has been trying desperately to convince the American public that the worst of the pandemic is behind them even as cases continue to rise just weeks before the Nov. 3 election. And it stands as the most serious known public health scare encountered by any sitting American president in recent history.

Symptoms of COVID-19 can include fever, cough and breathing trouble. Most people develop only mild symptoms. But some people, usually those with other medical complications, develop more severe symptoms, including pneumonia, which can be fatal.

In an interview with Fox News host Sean Hannity on Thursday, Trump said he was awaiting results of a COVID-19 test. “Whether we quarantine or whether we have it, I don’t know,” he said, adding that first lady Melania Trump was also awaiting results.