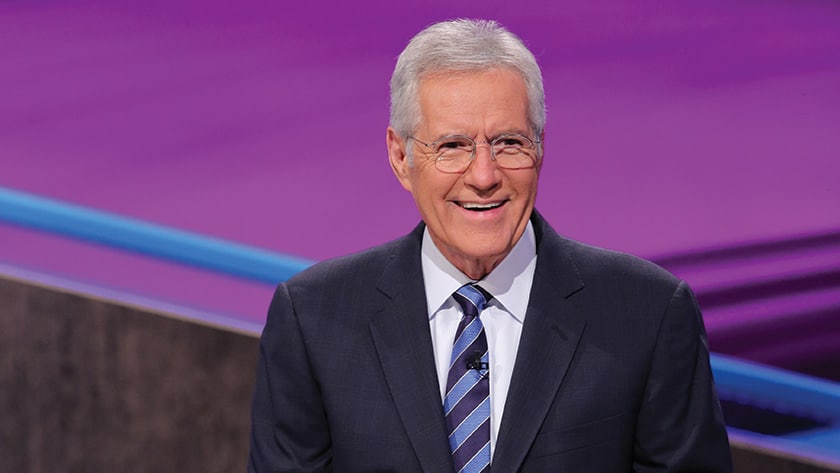 Alex Trebek’s final week of episodes as host of “Jeopardy!” — which conclude with the episode airing January 8 — have been striking in part for how much Trebek is committed to performing the show’s business as usual.

There have been asides, through the week of shows that were the last he taped before his death on November 8, 2020, that indicate Trebek was thinking along more cosmic lines as he taped these episodes. When the week began, he opened the show by urging viewers to “build a gentler, kinder society” and extend charity to those affected by the COVID-19 pandemic; on his penultimate episode, he mused that despite many changes in society, “‘Jeopardy!’ remains the same.” The brief, biographical contestant chats were notably absent the sort of occasionally-biting sarcasm Trebek could at times deploy (usually, I’d argue, on people he deemed able to take it with good humor). And throughout, Trebek’s voice was just-perceptibly hoarser than it had been in years past.

But in the main, Trebek’s achievement was to put the action of the show — three contestants and 61 pieces of trivia per night — first. There’s little room in the show’s tight format for sentimentality, and Trebek, an emcee from the old school, seemed to revere the format above all. Indeed, the final episodes of “Jeopardy!,” ticking down the week as the last of their kind and yet calmingly familiar, lent the sense that host and show were so attuned to one another’s rhythms that both could sail on forever, were it not for the matter of mortality. While it is easy to overstate the show’s importance — it is, in the end, a game, and one that this week featured both questions about 19th-century history and promotion for an upcoming Ryan Reynolds movie — it was a place in which contestant aptitude tended to win out over production zazz or host dramatics. For all that Trebek’s cancer diagnosis and his continuing to work in the face of health setbacks made him the object of renewed interest and deep sympathy, he was as averse to self-aggrandizement as he was assured in bringing focus back to the show and its three nightly stars. The two, perhaps, went hand in hand.

It would, perhaps, not be in keeping with the spirit of a host who tended to avoid making things about him to draw too heavily on personal experience here. But it feels worth noting, as a 2010 “Jeopardy!” contestant myself, that Trebek’s magic trick of self-effacement extended beyond the cameras turning off. For years after my episodes taped, a favorite story of mine was the shift in Trebek when commercial breaks began, in which he answered audience questions in a jocular, friskily jokey and acid manner, describing his love for blockbuster movies and his homespun theories of gameplay. His persona downshifted one or two degrees away from the urbanity with which he read clues about art history and Shakespeare; everyone in the room, one felt, was part of the experience. Everyone on the stage, too: The embarrassment of having placed a distant third in my second appearance melted, at least a bit, when Trebek made small talk with the night’s biggest loser first. Having met and shared a moment with Trebek became the story of what had been a crestfallen day.