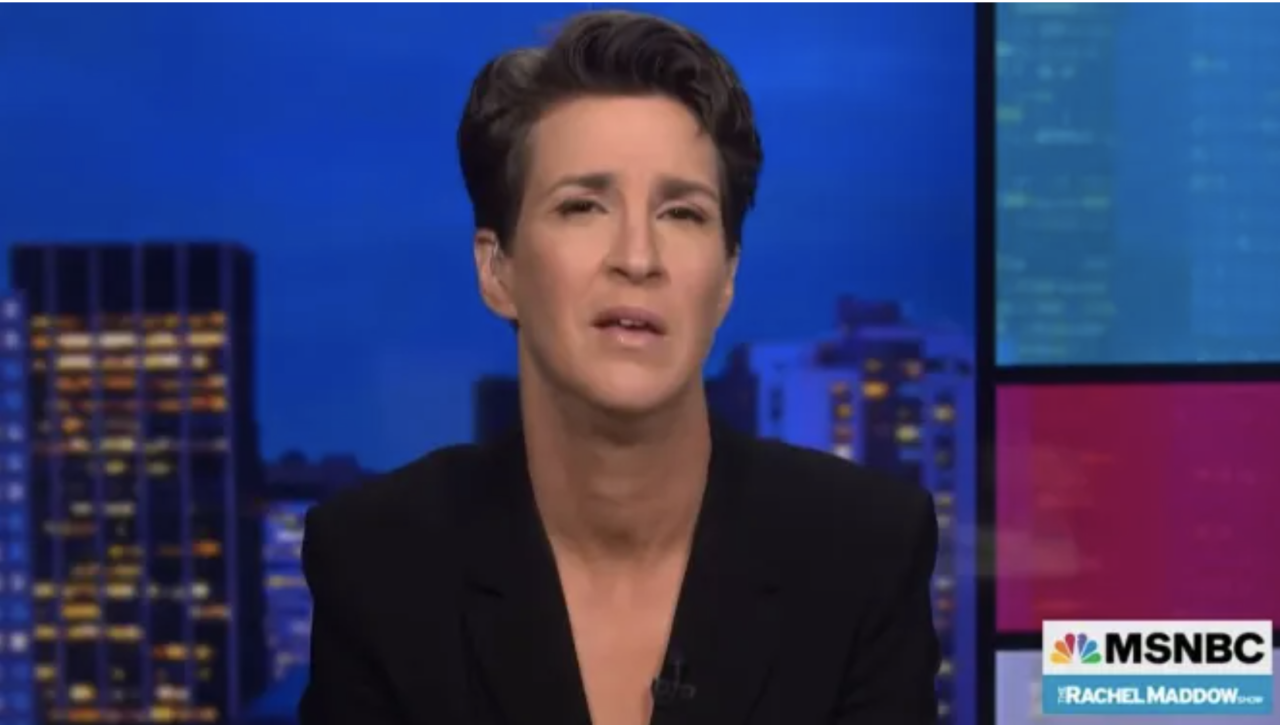 Rachel Maddow plans to return from her MSNBC hiatus on April 11.

Maddow has been absent from her nightly The Rachel Maddow Show since early February, when she said that she was taking a break to work on a movie version of her Bag Man podcast and other projects. She said that there “may eventually be another hiatus again sometime in my future, but for now we’re just taking it one step at a time.”

Maddow signed a multi-year agreement with NBCUniversal and MSNBC last year, but there have been reports that she plans to scale back her nightly schedule. Nothing official has been announced, but that would leave a big gap in the network’s primetime schedule.

Maddow is the network’s most watched personality, and the ratings for her show have dropped with fill in hosts. In the first quarter, The Rachel Maddow Show averaged 1.84 million viewers, compared to 3.6 million in the same period in 2021.

Maddow told viewers in February that “as you can tell I’m nervous about all this, it’s a change in my life, but it’s all for the good.”