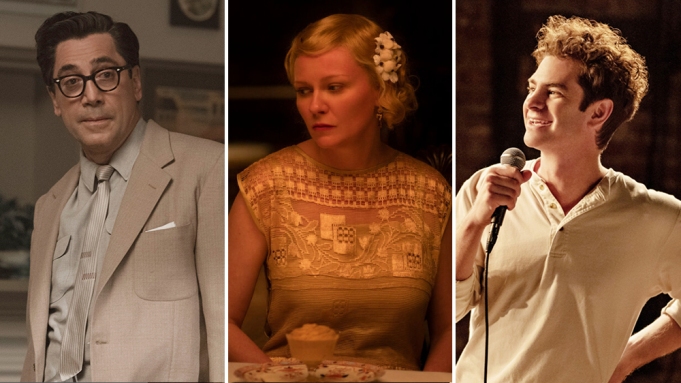 The Producers Guild of America announced its nominations for the motion picture and television categories for the upcoming 33rd PGA Awards, and it was a good day for the streamers (once again).

Netflix ruled the film side with three films landing in the field of 10 nominees: “Don’t Look Up” from Adam McKay, “The Power of the Dog” from Jane Campion and “Tick, Tick … Boom!” from Lin-Manuel Miranda.

At the best possible moment with Oscar voting opening today, Amazon Studios’ “Being the Ricardos” from Aaron Sorkin snagged one of the coveted spots, which helps its best picture chances considerably.

Some of the omissions were pronounced, most notably Apple Original Films’ “The Tragedy of Macbeth” from Joel Coen missing out on a nod, even though the heartwarming “CODA” made it into the lineup.

Other nominees included “Licorice Pizza” from Paul Thomas Anderson and “West Side Story” from Steven Spielberg.

Also missing were the two blockbuster movies that fans have been hoping would have a chance at best picture: “No Time to Die,” the final outing of Daniel Craig as James Bond, and “Spider-Man: No Way Home,” the web-slinging box office smash.

Additionally, the PGA announced the extension of the voting window for select categories. Final ballots for TV and film will now close on March 8; final ballots for children’s, short form and sports programs will remain on their originally announced poll closing date on Feb. 10.

The 33rd Annual Producers Guild Awards are scheduled to be held on Saturday, March 19, 2022, at the Fairmont Century Plaza.