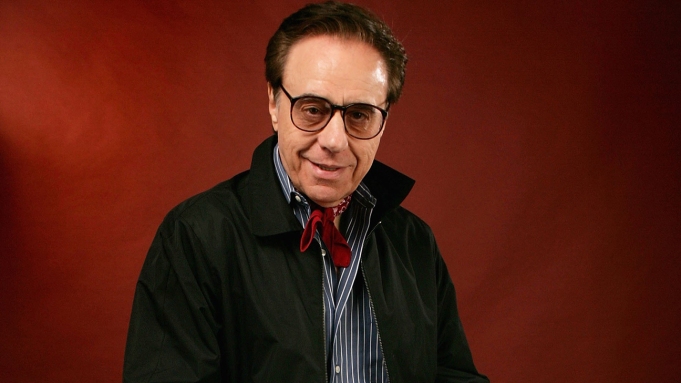 Peter Bogdanovich, the Oscar-nominated writer-director of The Last Picture Show whose career, which also included hits like What’s Up, Doc? and Paper Moon, put him on a path toward living up to the example of those like Orson Welles and John Ford he so lionized, has died. He was 82.

Bogdanovich died shortly after midnight Thursday of natural causes at his home in Los Angeles, his daughter Antonia Bogdanovich told The Hollywood Reporter.

Bogdanovich, whose ever-present horn-rimmed glasses and ascot imbued him with a professorial air as he recounted the Hollywood lore he relished, catapulted to A-list status with his second film, The Last Picture Show (1971). The black-and-white drama set in a Texas town earned eight Academy Awards nominations — including directing and adapted screenplay (shared with Larry McMurtry) for him — and supporting acting awards for Cloris Leachman and Ben Johnson.

“Bogdanovich, 31, has achieved a tactile sense of time and place,” Stefan Kanfer raved in Time magazine shortly after the movie opened. “More, he has performed that most difficult of all cinematic feats: he has made ennui fascinating. Together, that is enough to herald him as possibly the most exciting new director in America today.”

“It spoke to a lot of people,” Bogdanovich himself would say later in an interview with The Salt Lake Tribune. “People have told me that it reminds them of their hometown, so I think it has a certain universality to it. Young love, and sex and all that, is pretty universal.”

Bogdanovich also came away from the project with a new love, golden-girl actress Cybill Shepherd, the model who had made her feature debut in the film after he spotted her on the cover of Glamour magazine. That led to the breakup of his marriage to Oscar-nominated production designer and frequent collaborator Polly Platt, with whom he had daughters Antonia and Sashy.

He went on to make two more films with Shepherd: the decorous Henry James adaptation Daisy Miller (1974) and the musical At Long Last Love (1975), which also starred Burt Reynolds gamely singing and dancing to Cole Porter tunes. But both flopped as many in Hollywood — who just a few years earlier had praised him for re-energizing the industry — turned against him.

“They were pissed off that I was having an affair with [Shepherd],” Bogdanovich said in a 2019 interview with Vulture. “I’ve seen pictures of us; I look like an arrogant, attractive guy, and she looks like a sexy girl. And we were rich and we were famous and we did movies together.

“Sometime in the mid-’70s, when we were getting terrible press, Cary Grant called me. He says, ‘Peter, will you for Christ’s sake stop telling people you’re happy? And stop telling them you’re in love.’ I said, ‘Why, Cary?’ ‘Because they’re not happy and they’re not in love.’ He was right.”

While his next two Picture Show follow-ups — the wacky screwball comedy What’s Up, Doc? (1972), starring Barbra Streisand and Ryan O’Neal, and Paper Moon (1973), with O’Neal and his daughter Tatum (who won a best supporting actress Oscar) portraying Depression-era con artists — were critical and commercial hits, Bogdanovich’s golden-boy status would be short-lived.

The Directors Company, which he, Francis Ford Coppola and William Friedkin had set up at Paramount in 1972, quickly dissolved after Daisy Miller as the partners went their separate ways.