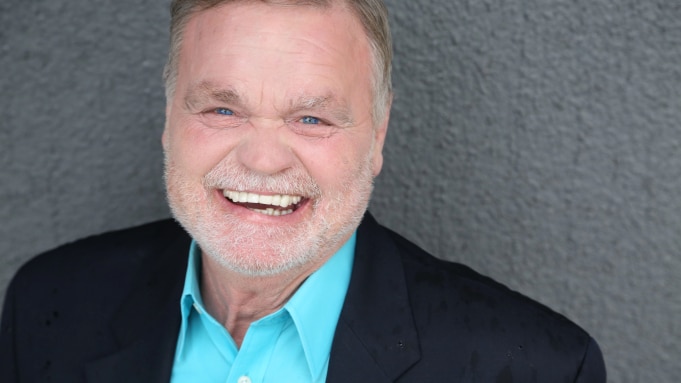 “I have myoelectric hands… or what people commonly call ‘cyborg,’” Lawson jokes. “But most of the time, it’s just my hooks.”

This news makes the “Pet Sematary” prequel one of the first major horror fiction films to cast a double amputee in a starring role. Production on the movie, produced by Lorenzo di Bonaventura and Mark Vahradian, began in August.

While many plot details remain under wraps, Paramount did share that in the script, Stanny was not originally without hands — after Lawson auditioned, the role was rewritten to suit him.

Lawson auditioned twice before hearing that new scenes had been written for the character. “And when I got the new sides,” he told Variety, “they had completely written the role for the character to be an amputee. Which was freakin’ awesome. Because it was not [an amputee role before] in any way. That, to me, was a real turning point, not only in casting, but in the mindset of Hollywood.”

Beer told Variety via email: “John’s audition portrayed a layered range of both aggressiveness and vulnerability. His character is hiding a secret, and has led a difficult life that puts him on the offensive with our main character, young Jud Crandall. But underneath the bluster, Stanny is someone in search of connection, and he wants to tell our hero Jud the truth. [Lawson’s] performance really brought humanity and nuance to the role.”

She added that thoughtful representation of marginalized communities was already on her mind before she saw Lawson’s tape. “A large focus of this story was on reversing the genre stereotype of the mystical indigenous and cursed Native American land. I try to be as inclusive as possible in all of my projects, and that includes creating meaningful roles for [disabled people.] But we had not originally envisioned a double amputee for Stanny’s character. [Lawson’s] unique circumstance led to some interesting changes in the backstory and actions of his character, and all for the better.”

Beer wrote the latest script for the prequel, based on a draft by Jeff Buhler, and is working with Lawson to develop the logistics of the role together. For example, Lawson will use his own prosthetics on screen. “I wanted to make sure he got to weigh in about whether or not he wanted his character to have a prosthetic limb, or whether he preferred not to,” Beer said.

Lawson’s first connection to Paramount came a few years ago, when SAG-AFTRA’s Performers with Disabilities (PWD) committee partnered with the Casting Society of America to host an open call for disabled actors. “That’s where I met [casting director] Monika Mikkelson,” Lawson said. “We got to be acquaintances. I didn’t go, ‘Hire me! Hire me! Hire me!’ But, I knew if something came up, she would remember me. And she did.”