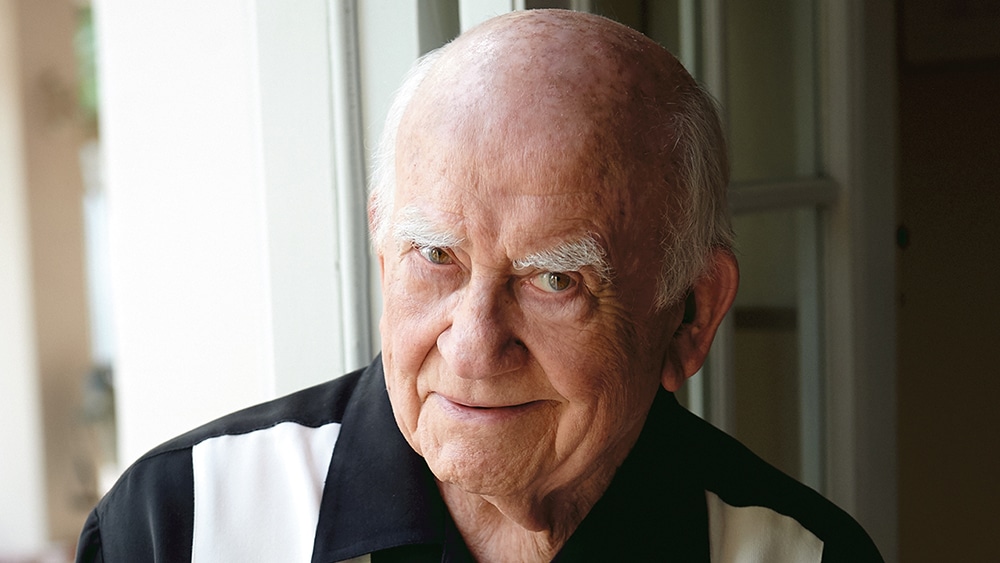 Seven-time Emmy-winning actor Ed Asner, who starred as Lou Grant on both sitcom “The Mary Tyler Moore Show” and hourlong drama “Lou Grant” before a late-career rejuvenation through his poignant voicework in 2009 animated film “Up,” has died. He was 91.

His publicist confirmed the news to Variety, writing that he died on Sunday surrounded by family. Asner’s official Twitter account posted a message from his family, saying “Goodnight dad. We love you.”

Asner had worked for many years as a character actor in series television and movies before hitting paydirt and stardom as the tough-talking TV newsroom head Lou Grant on “The Mary Tyler Moore Show,” which brought him three supporting actor Emmys. When the sitcom called it quits, he returned as the same character in a harder-hitting hourlong series, which earned him two leading actor Emmys and a total of five noms. The actor picked up two additional Emmys for his work on the miniseries “Rich Man, Poor Man” and “Roots,” and won a total of seven.

The avuncular but hard-nosed Asner also served as a controversial president of the Screen Actors Guild. During his time in office, which started in 1981, he was criticized for making political statements about U.S. involvement in El Salvador. His outspokenness may have cost him his $60,000-per-episode salary on newspaper-centered series “Lou Grant,” which CBS controversially cancelled after five seasons, as well as other lucrative offers. He nonetheless continued to criticize the industry’s labor standards and fight for unionism.

Asner also fought a tempestuous battle for the commingling of SAG and the Screen Extras Guild to which there was opposition from within the ranks, most loudly vocalized by actor Charlton Heston, which brought the two thesps to the brink of libel action.

Asner had rarely been active in politics or union activities, but he was vocal during the crippling 1980 SAG strike, the results of which prompted him to run for the office, which he won the next year. His battles included improving the employment and compensation conditions for actors as well as uniting SAG and SEG, which eventually came to pass; he also championed a SAG-AFTRA merger, but changed his view by 2012, when members approved the combination after Asner and other union activists failed to persuade a judge to grant a court order preventing the vote.

But he drew fire with his public pronouncements against U.S. involvement in El Salvador, which many saw as an abuse of his SAG office. While he was president an award to a former SAG president, Ronald Reagan, was rescinded because of the now U.S. president’s dissolution of the air traffic controllers’ union — although Asner himself did not vote on it. He also protested South Africa’s apartheid policies while in office.

Such controversies drew fire from Heston, an avid Reaganite, and a duel began that almost wound up in court. Asner was elected to another two-year term in 1983, winning by a landslide, after which he stepped down in 1985, throwing his support to Patty Duke. He continued to defend his political activism, calling it not a “luxury, but a necessity,” throughout his life.