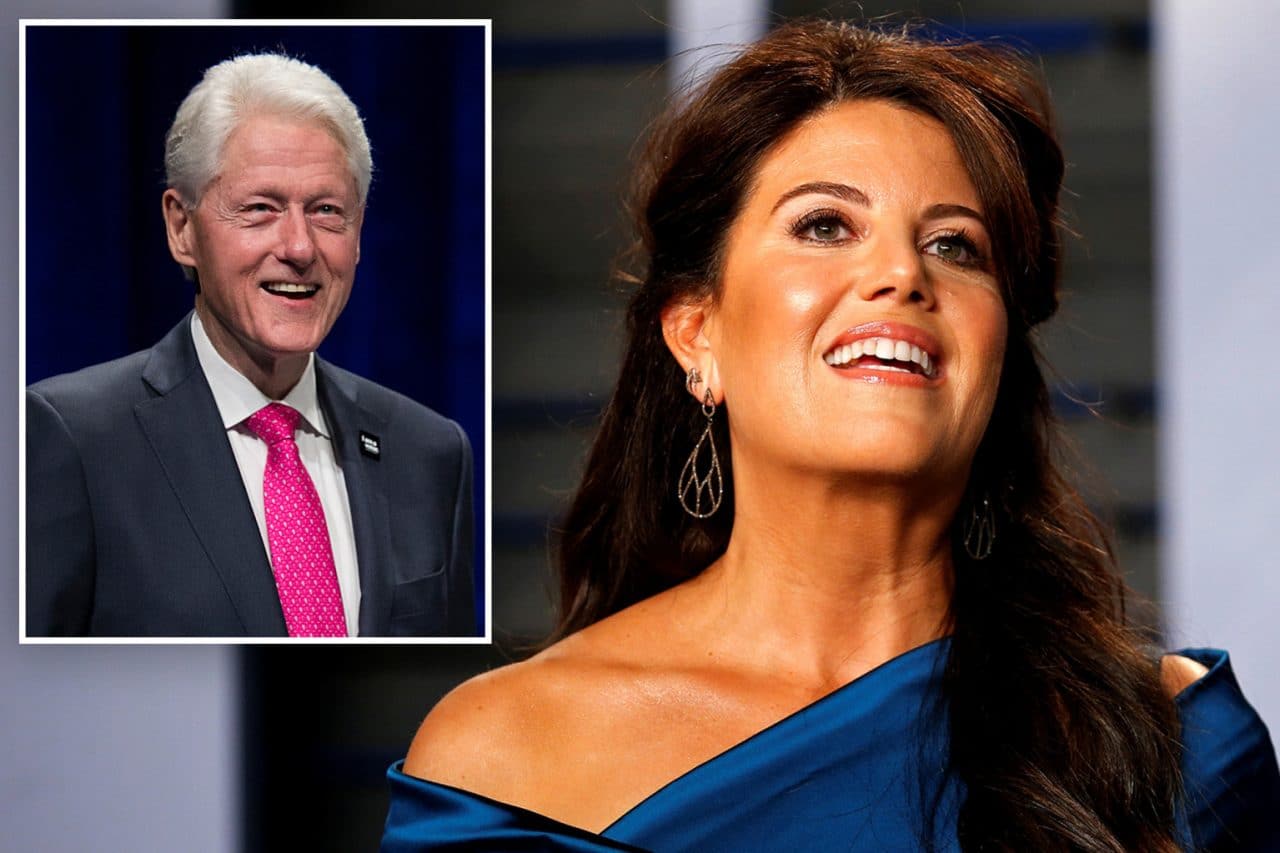 Bill Clinton had a thing for her thong — and Monica Lewinsky wants the world to know it.

Hoisting up her big-girl undies as a producer of FX’s forthcoming series “Impeachment: American Crime Story,” Lewinsky, 48, admittedly urged show writers to include a scene re-enacting the moment she flashed her silver thong at then-President Clinton during their sordid Oval Office affair in the ’90s.

“Listen, I would’ve loved to have been really selfish and said, ‘That’s great that you guys think we don’t have to show that, fantastic,’” Lewinsky told The Hollywood Reporter of her motivation for highlighting her the less-than-demure display.

“But I’m incredibly experienced in understanding how people see this story,” she added.

The FX production, set to premiere Sept. 7, will spill the juicy details of the scandalous sexual escapades between Clinton, now 75, and Lewinsky, who was 21 when she served as a White House intern from 1995 to 1997.

But Lewinsky’s panty presentation was initially nixed from the original “Impeachment” script by writer Sarah Burgess, who feared “retraumatizing Monica” by recreating the scene for the series.

The indecent incident was featured in the Starr Report — an exposé composed by counsel Ken Starr, whose investigation into Clinton’s sexual dalliances with Lewinsky ultimately led to his impeachment in 1998.

But Lewinsky fought to incorporate her thong-flashing hap into the show in order to maintain the production’s integrity.

“So, ultimately, I felt two things: One was that I shouldn’t get a pass because I’m a producer; and two, that it was unfair to the team and to the project because it would leave everybody vulnerable,” she said, noting audiences would likely blame her if the scene had been omitted.