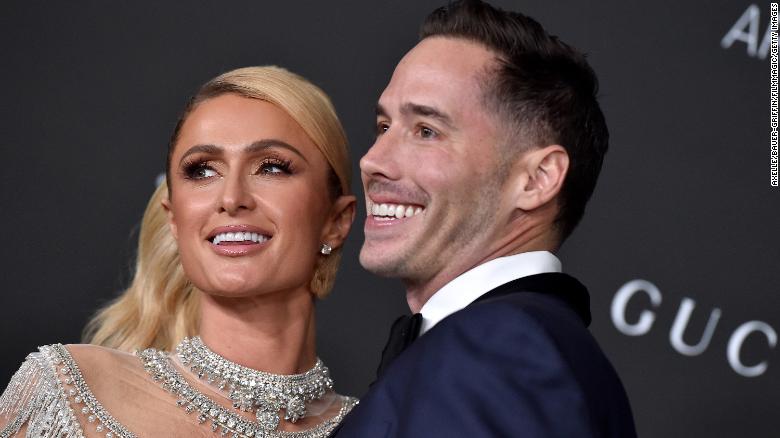 Paris Hilton is a married woman.

The media personality and heiress tied the knot with fiancé Carter Reum on Thursday in a lavish ceremony at a private estate in LosAngeles, People reported.

On Friday morning — in her first Instagram post as a wife — Hilton shared a shot of herself posing behind her veil, giving fans a glimpse of her wedding dress, which featured floral appliqué.

“My forever begins today…11/11 #Justmarried #ForeverHiltonReum,” the caption read.
The bride’s younger sister, Nicky Hilton, who is married to British banking heir James Rothschild, led the congratulatory messages with a string of white hearts on the post.
Singer Meghan Trainor replied: “Most beautiful wedding ever!! had the best time!” with a string of heart emojis, while actress Elle Fanning wrote: “Congratulations beautiful bride.”
Hilton announced her engagement to Reum, a 40-year-old venture capitalist, in February this year.
“When you find your soulmate, you don’t just know it. You feel it,” the 40-year-old socialite wrote alongside an Instagram post of the beach proposal at the time. “There’s no one I’d rather spend forever with.”
(Excerpt) Read more @ CNN