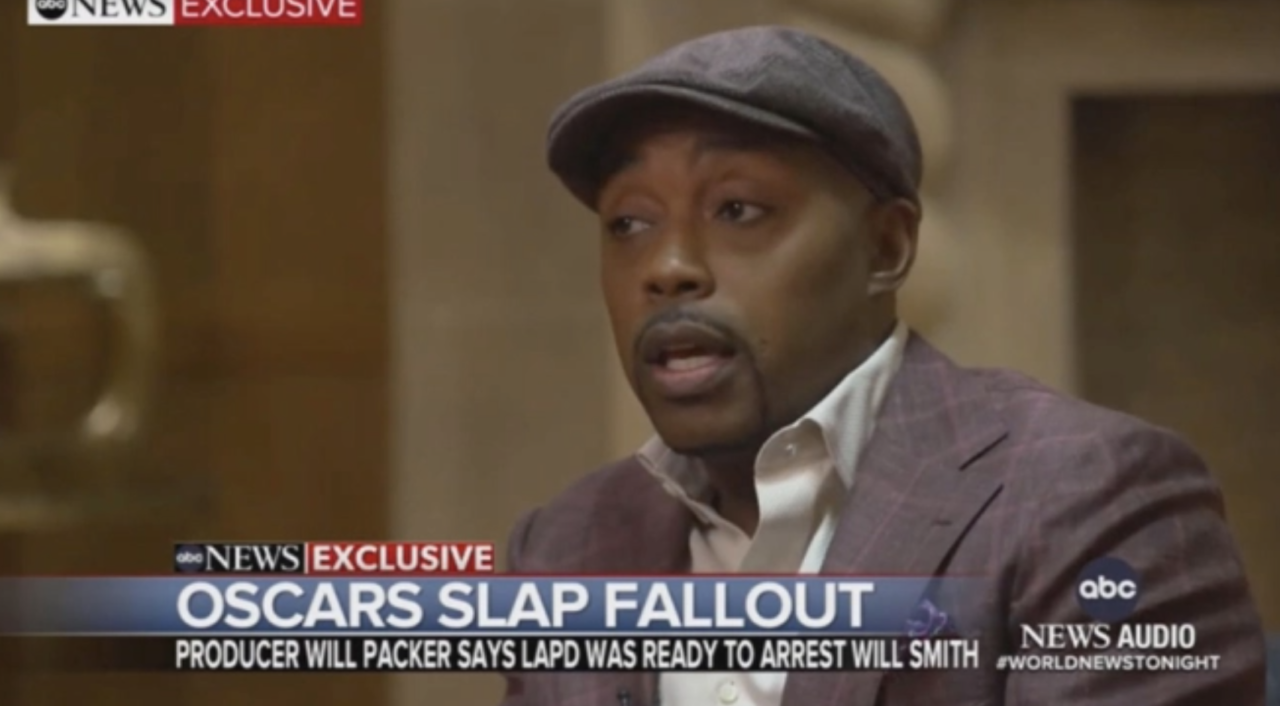 Oscars producer Will Packer has addressed Will Smith slapping Chris Rock at the ceremony on Sunday night.

In a preview clip of Packer’s upcoming interview on “Good Morning America” with T.J. Holmes, he revealed that the Los Angeles Police Department was on the scene on Sunday night and ready to arrest Smith if Rock wanted to press charges.

“They were saying, you know, this is battery, was a word they used in that moment. They said, ‘We will go get him. We are prepared. We’re prepared to get him right now. You can press charges, we can arrest him,’” Packer said. “They were laying out the options. And as they were talking, Chris was — he was being very dismissive of those options. He was like, ‘No, no, no, I’m fine.’ And even to the point where I said, ‘Rock, let them finish.’ The LAPD officers finished laying out what his options were and they said, ‘Would you like us to take any action?’ And he said no. He said no.”

In the clip, Packer also said he did not speak to Smith directly the night of the Oscars. As Variety reported on Sunday night, Rock declined to file a police report regarding the slap.

There has been much confusion surrounding the altercation as the Academy said in a statement on Wednesday that they asked Smith to leave the ceremony and he refused; however, sources have since refuted that claim to Variety. Also in the Wednesday statement, the Academy revealed that Smith now faces “suspension, expulsion, or other sanctions permitted” as a result of the slap.

Smith issued an apology on Monday, particularly addressing Rock, which he had not done in his best actor speech the night before.

“Violence in all of its forms is poisonous and destructive. My behavior at last night’s Academy Awards was unacceptable and inexcusable. Jokes at my expense are part of the job, but a joke about Jada’s medical condition was too much for me to bear and I reacted emotionally,” Smith wrote. “I would like to publicly apologize to you, Chris. I was out of line and I was wrong. I am embarrassed and my actions were not indicative of the man I want to be. There is no place for violence in a world of love and kindness.”