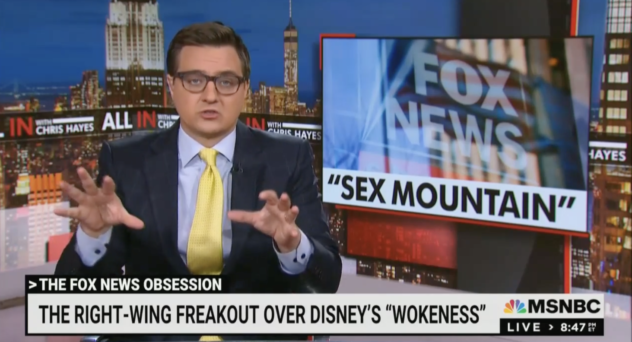 The law forbids teachers from speaking about sexual orientation or gender identity to students from kindergarten to third grade. Critics have labelled it the “Don’t Say Gay” law, arguing it marginalizes gay and transgender families.

Gov. Ron DeSantis (R-FL) signed it into law this week, and quickly drew a rebuke form Disney, which has significant holdings in Florida.

“Florida’s HB 1557, also known as the ‘Don’t Say Gay’ bill, should never have passed and should never have been signed into law,” the company said in a statement on Monday. “Our goal as a company is for this law to be repealed by the legislature or struck down in the courts, and we remain committed to supporting the national and state organizations working to achieve that.”