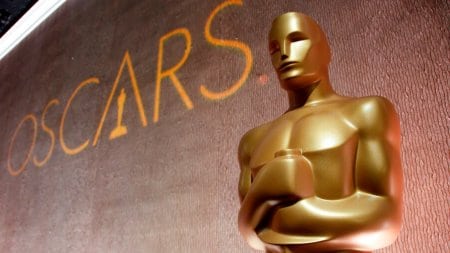 The Oscars joined a slew of other awards shows in falling to all-time ratings lows.

The 58 percent decline in total viewers is in keeping with those for the Grammys (which fell 51 percent), Golden Globes (62 percent) and SAG Awards (52 percent) in recent months. In the 18-49 demo, the Oscars were down by 64 percent, also in line with other awards shows.

Final ratings for Sunday, which may include small upward adjustments for the Oscars, will be out early Tuesday.

ABC’s telecast, produced by Steven Soderbergh, Stacey Sher and Jesse Collins from downtown L.A.’s Union Station, had a small in-person audience but was much different in scope than previous shows. Reviews of the show were very mixed, with The Hollywood Reporter critic Daniel Fienberg noting that the producers’ gamble in making best actor the final category fell flat when an absent Anthony Hopkins won for The Father and the show ended somewhat abruptly.

Despite the low numbers compared to past Oscars, Sunday’s broadcast drew ABC’s biggest total audience in months — an NBA Finals game in October came in at 8.89 million.