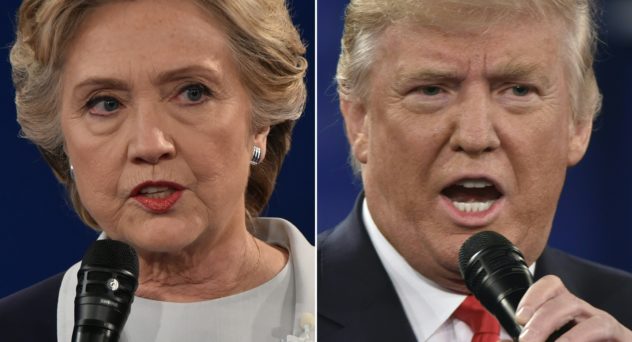 The New York Times poured a bucket of ice cold water on the fire which has torn through conservative media over the past 72 hours — the filing from special counsel John Durham which many on the right are using to claim that Hillary Clinton’s campaign spied on former President Donald Trump.

In an analysis authored by Charlie Savage, the Times swatted away the key claims being made by Trump and his media allies.

“[T]he entire narrative appeared to be mostly wrong or old news — the latest example of the challenge created by a barrage of similar conspiracy theories from Mr. Trump and his allies,” Savage wrote.

Durham’s filing purported to have new revelations surrounding an indicted cybersecurity attorney named Michael Sussman with longtime ties to Democrats. Sussmann has been indicted with lying to the FBI by not presenting a conflict of interest to the FBI when he gave them information tying Trump to Russia. The indictment alleges that Sussmann claimed he was acting as a good samaritan when he gave the FBI his tip, and did not disclose a connection to the Clinton campaign.

Sussman had obtained his information from a technology executive named Rodney Joffe, who was a client. The filing said, “the government will establish that among the Internet data [Joffe] and his associates exploited was domain name system (DNS) internet traffic pertaining to “(i) a particular healthcare provider, (ii) Trump Tower, (iii) Donald Trump’s Central Park West apartment building, and (iv) the Executive Office of the President of the United States (EOP).”

The purportedly new information from Durham’s latest filing led some outlets to claim the Clinton campaign was spying on Donald Trump. The Times called out those reports.

“Citing this filing, Fox News inaccurately declared that Mr. Durham had said he had evidence that Hillary Clinton’s campaign had paid a technology company to ‘infiltrate’ a White House server,” Savage wrote. “The Washington Examiner claimed that this all meant there had been spying on Mr. Trump’s White House office. And when mainstream publications held back, Mr. Trump and his allies began shaming the news media.”