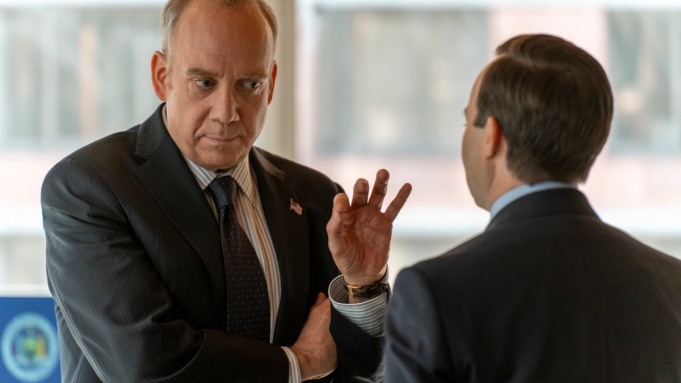 “Billions” has been renewed for Season 7 at Showtime, Variety has learned exclusively. Season 6 of the series debuted on Jan. 23, with new episodes airing every Sunday on Showtime.

In season 6 , the dust of season five clears to reveal a world that has evolved. With Axe (Damian Lewis) gone and Michael Prince (Corey Stoll) assuming his place, Chuck (Paul Giamatti) must develop a new strategy that is keener and more sophisticated than before. All the players, from Wags (David Costabile) to Wendy (Maggie Siff), from Taylor (Asia Kate Dillon) to Sacker (Condola Rashad), and of course Chuck Senior (Jeffrey DeMunn), must sharpen their weapons and look for new alliances in order to survive. In addition, Daniel Breaker, who stars as Scooter, the brilliant and locked-down chief of staff for Prince, has been upped to series regular going into Season 6.

“Billions” was created by Brian Koppelman and David Levien, who also serve as executive producers and co-showrunners alongside Beth Schacter. Andrew Ross Sorkin is also a creator of the series.

“Billions” is one of the longest-running shows in Showtime history, ranking alongside series such as “Homeland,” “Ray Donovan,” “Dexter,” “Weeds,” and “Nurse Jackie.”