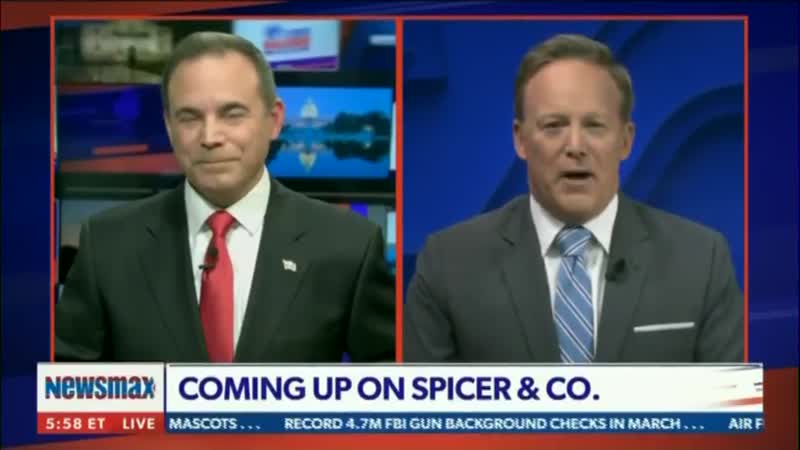 Newsmax host Chris Salcedo appeared to have a funny conversation with Sean Spicer on Thursday evening as the hosts bantered during an outro segment between their two shows. The only problem? Viewers couldn’t hear a single thing Spicer said.

After Salcedo asked Spicer what he had coming up on his 6 p.m. ET show, “Spicer & Co.,” audiences could only see the former White House press secretary move his lips as his mic remained muted.

Spicer’s response apparently had something to do with Major League Baseball, as Salcedo, whose mic was on, chimed in and claimed that the MLB “opposes voter integrity” for some reason.

The entire conversation continued in this manner, with audiences left guessing what Spicer had to say as Salcedo — apparently unaware that his colleague’s mic was muted — chimed in with clues.