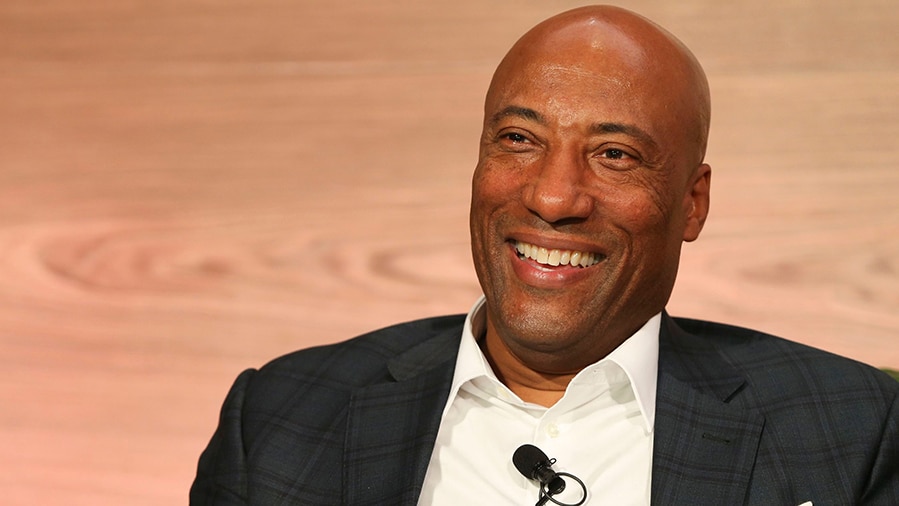 General Motors, one of the nation’s biggest advertisers, said Thursday it would quadruple the percentage of its advertising dollars that go to Black-owned media outlets between now and 2025.

GM’s new effort is a sign of the scrutiny and pressure that corporate giants are facing to spread their corporate spending around a wider array of firms.

“Black-owned media are a vital component of our marketing mix, and we evaluate our spend for media partners through several core metrics, including transparency, innovation, ad quality, audience delivery and brand safety,” General Motors said in a statement Thursday. The company also said it would in May launch an “upfront” process with diverse media owners “that encourages partners and potential partners to submit business proposals” that “will be accredited by a third-party to ensure fairness and transparency.”

GM’s move came after the automaker was targeted by a group of Black media leaders, including entrepreneur Byron Allen. The group in recent days took out ads in the Detroit Free Press and Wall Street Journal to deliver an open letter to GM CEO Mary Barra. The group suggested the manufacturer of Cadillac and Chevrolet spent less than 0.5% of its advertising in Black-owned media outlets. On Thursday, GM said that it has allocated 2% for 2021.

A number of advertisers and ad groups have in recent days taken steps to show their interest in Black media, which include Allen’s Allen Media Group, Revolt Media, Ozy, Essence Magazine and Urban One. Procter & Gamble, the large consumer-products manufacturer, earlier this week unveiled an initiative to bring more Black creators into the media and entertainment industries and to call for better portrayals of Black individuals and consumers in programming. Interpublic Group’s Magna, a large media-buying unit, earlier this month launched a series of sessions that aim to spur new discussions between its ad clients and Black-owned media outlets.

One of the hurdles advertisers face is that some media outlets that aim for multicultural audiences are often smaller, making the task of reaching large swaths of consumers in an efficient manner more challenging. Many of the outlets are stand-alone, and aren’t part of a larger portfolio of properties maintained by big media conglomerates like Disney or NBCUniversal. The big media companies also have their own multicultural venues, such as ViacomCBS’ BET cable network or NBCU’s Telemundo Spanish-language broadcast operation.