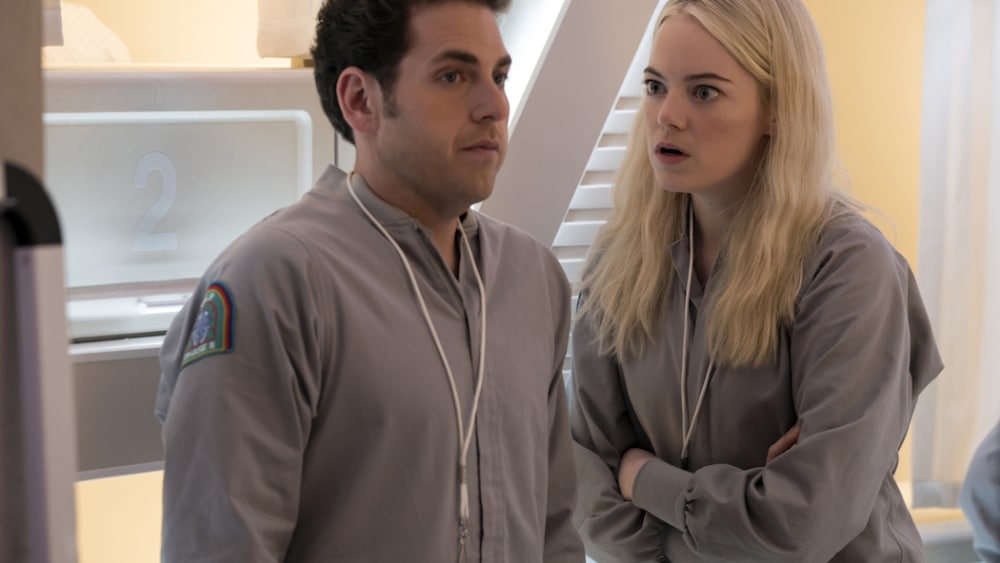 Netflix announced the premiere date for multiple shows at the TCA summer press tour on Sunday.

The 10-episode limited series will launch Sept. 21. The series tells the stories of Annie Landsberg (Emma Stone) and Owen Milgrim (Jonah Hill), two strangers drawn to the late stages of a mysterious pharmaceutical trial, each for their own reasons.  Annie’s disaffected and aimless, fixated on broken relationships with her mother and her sister; Owen, the fifth son of wealthy New York industrialists, has struggled his whole life with a disputed diagnosis of schizophrenia.

The series also stars Justin Theroux as Dr. James K. Mantleray, who claims he can repair anything about the mind with a sequence of pills of his own invention. “Maniac” was created by Patrick Somerville and directed by Cary Fukunaga.

Next, the highly-anticipated “Chilling Adventures of Sabrina,” based on the Archie Comics series of the same name, will launch on Oct. 26.

The Chuck Lorre comedy series “The Kominsky Method” will debut on Nov. 16. The series stars Michael Douglas and Alan Arkin as two friends tackling life’s inevitable curveballs as they navigate their later years in Los Angeles, a city that values youth and beauty.

Finally, Netflix also announced they have picked up a fifth season of “Chef’s Table,” which will debut on Sept. 28. The new season will take viewers inside the lives and kitchens of four new international chefs as the series explores their lives, talents and passion from their piece of culinary heaven.

Netflix has also picked up two new unscripted series in their continued push into lifestyle programming. First up is “Salt, Fat, Acid, Heat,” based on Samin Nosrat’s best-selling book of the same name.