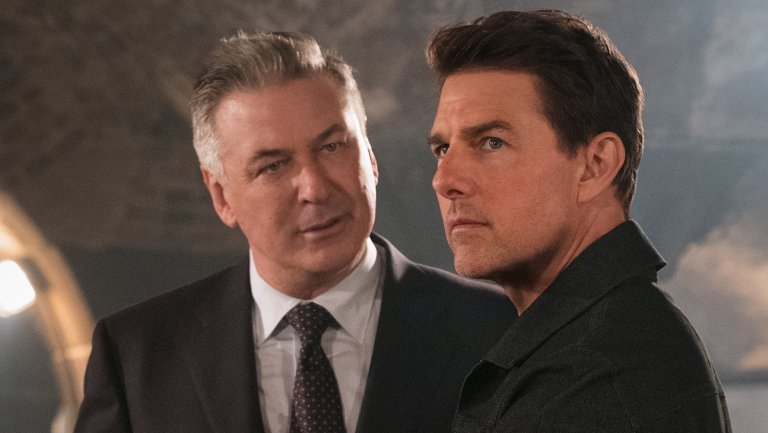 There’s a moment in Mission: Impossible — Fallout after a particularly nice twist, in which IMF secretary Alan Hunley (Alec Baldwin) says, “I’m starting to see why you guys enjoy this so much.” He’s addressing his field agents, Ethan Hunt (Tom Cruise), Luther Stickell (Ving Rhames), and Benji Dunn (Simon Pegg). But the remark is meant more for the audience than the characters, as Hunley acknowledges why the Mission: Impossible movies are still so successful after more than 20 years at the box office: they’re fun.

Each installment delivers on thrills, laughs, and intrigue. More than most long-running franchises, it’s also not particularly self-referential, only rarely looking back at what’s come before, ensuring that each installment can stand strongly on its own. Fallout changes that, not only looking back the most, but using the past to forge something new. In many ways, Fallout feels like the end of an era and the beginning of something else.

One way writer/director Christopher McQuarrie accomplishes this is through Vanessa Kirby’s White Widow, a Parisian-based arms dealer who, in a surprising reveal, turns out to be the daughter of Vanessa Redgrave’s Max from the 1996 film that started it all; she even kind of resembles a young Redgrave.

That Ethan should be working with this link to the past is a recognition of the passage of time, while also tying up the first six movies up in a neat bow. This kind of universe building is something that the James Bond franchise didn’t understand with 2015’s Spectre. Trying to keep up with the trend of cinematic universes, it brought in classic villain Blofeld (Christoph Waltz), hoping that the presence of such an iconic character would be enough to justify the tenuous explanation that all of the Daniel Craig movies were connected via the machinations of one bad guy. It fell flat because it wasn’t organic; it wasn’t familiar to the reality established since Craig’s first Bond film, 2006’s Casino Royale.

But the callback to the Brian De Palma’s Mission: Impossible via Kirby’s character works, because there’s a sense of familiarity there. We enjoyed the repartee between Cruise and Redgrave back then. And now, we enjoy the repartee between Cruise and Redgrave’s cinematic daughter, with the characters mirroring the ages and personalities of Cruise and Redgrave in the mid-1990s. Max was a seasoned and cynical arms dealer while Ethan was a young and bright-eyed IMF agent. Today, Hunt has seen some shit and is the seasoned veteran, while the White Widow is a doe-eyed criminal.

A major theme of Mission: Impossible — Fallout is tearing down the old world order, the major ambition of Syndicate founder Solomon Lane (Sean Harris) and his followers (known as “The Apostles”). His plan is simple: contaminate a major water source for a third of the world’s population by detonating two nuclear devices. The idea is to create terrible suffering so that there can be great peace. But that’s not enough, he also wants Ethan Hunt to suffer and therefore, puts his wife Julia (Michelle Monaghan) right in the middle of the blast zone.

Monaghan’s character has been a dangling emotional thread since the end of J.J. Abrams’ Mission: Impossible III. She was meant to be Ethan’s exit strategy from the spy game, but he kept getting drawn in, to the point where they had to fake her death so she wouldn’t be in danger from Hunt’s many enemies. She had a small cameo at the end of Ghost Protocol, but pretty much had nothing to do until Fallout, which finally resolves her complicated relationship with Ethan, allowing both characters (and the franchise) to finally move on.

When Ethan and his team arrive at the location where Lane plans to detonate the bombs, they discover it be a smallpox medical camp in the Kashmir region. Julia works at the camp as a nurse (via the machinations of Lane), but that’s not the most shocking thing about her appearance. As we learn, she has since remarried a doctor, played by Wes Bentley. Naturally, this piece of information comes as a jolt to the audience.