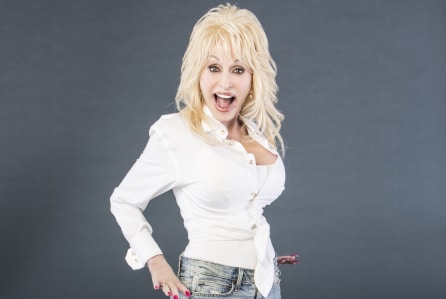 Netflix has greenlighted an eight-episode Dolly Parton anthology series, with each episode based on a song by her. In addition to serving as singer/songwriter, Parton will executive produce and will also appear in the series.

The Netflix pact is similar to the agreement NBC inked with the country star three years ago for a series of standalone TV movies based on her “songs, stories and inspiring life,” with an option for Parton to appear in them. That deal yielded the movie Coat Of Many Colors, watched by almost 16 million viewers, and its sequel, Christmas of Many Colors: Circle of Love. The films, also from Dixie Pixie Productions, Magnolia Hill Entertainment and WBTV, aired as NBC holiday specials in 2015 band 2016, respectively.

“As a songwriter, I have always enjoyed telling stories through my music,” Parton said. “I am thrilled to be bringing some of my favorite songs to life with Netflix. We hope our show will inspire and entertain families and folks of all generations, and I want to thank the good folks at Netflix and Warner Bros. TV for their incredible support.”

Word of Parton’s Netflix series leaked during Netflix’s FYC panel for Grace & Frankieon Saturday moderated by Deadline’s Pete Hammond. When he asked stars Lily Tomlin and Jane Fonda if their former 9 to 5 co-lead Dolly Parton would guest star on their show, both said they would love it but Tomlin interjected that she may be too busy as she has her own Netflix project coming  up. Tomlin elaborated that the show would be based on Parton’s songs, and when asked if Parton would be starring, she said “yes, when the script called for it”.