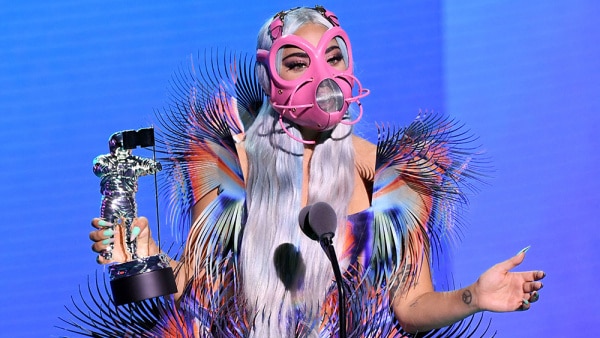 The 2020 MTV Video Music Awards took place on Sunday, looking a little different than usual amid the coronavirus pandemic.

The Weeknd won the biggest prize of the night, video of the year, for his “Blinding Lights,” which he performed to open up the 2020 VMAs. But the most prevalent of the evening may have been Gaga who, in addition to her medley performance for which she was briefly joined by Grande, won artist of the year, song of the year, best collaboration and best cinematography. She was also feted with the inaugural Tricon Award, taking the stage again to give an emotional speech.

In addition to MTV, the VMAs were also simulcast across 11 other ViacomCBS brands for the first time

(Excerpt) Read more and see a list of Winners in: Variety