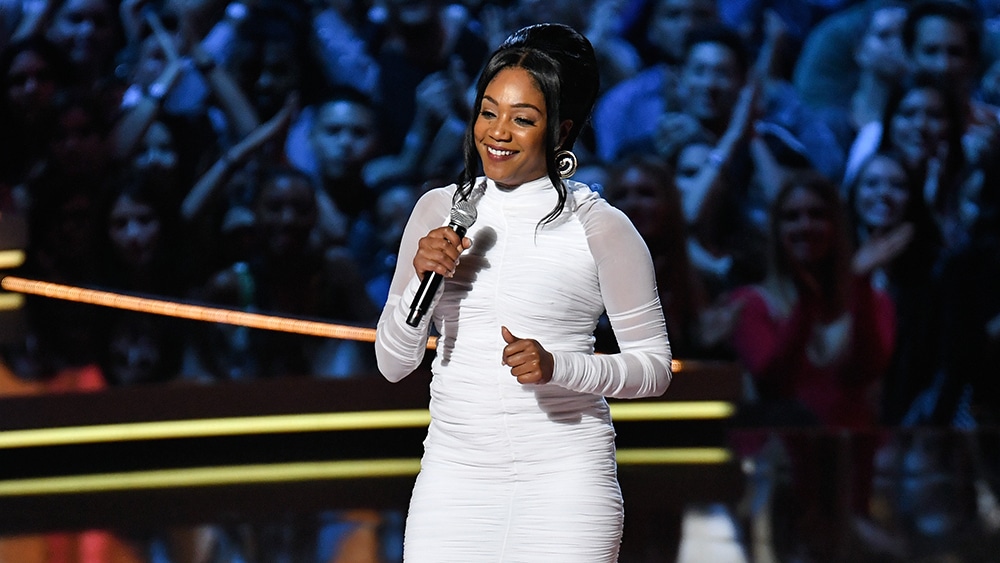 MTV award shows are known for contributing some of the most shocking water cooler moments in television history, and the 2018 MTV Movie & TV Awards were no exception.

Tiffany Haddish set the tone for the show as the night’s host, opening with a parody of Cardi B’s “Bodak Yellow,” during which she swapped the rapper’s lyrics for lines like, “If I’m flying on the zip line, then you know I gotta pee,” in reference to her infamous “Girls Trip” scene, and “got six movies just this year what bitch works as hard as me?”

She took a break from singing to address the night’s attendees, calling best villain winner Michael B. Jordan “so sexy you could probably get a girl pregnant right there on eyesight” and comparing the Kardashians to the “Star Wars” franchise (“They have a ton of money, a new one’s always popping up I don’t know where, and they’re ruled by a bossy overlord who always sleeps in a mask, and she loves black men!”)

But Haddish’s opener was just the beginning of a night full of comical interludes, emotional acceptance speeches, and political statements. Check out the full list of standout moments below.