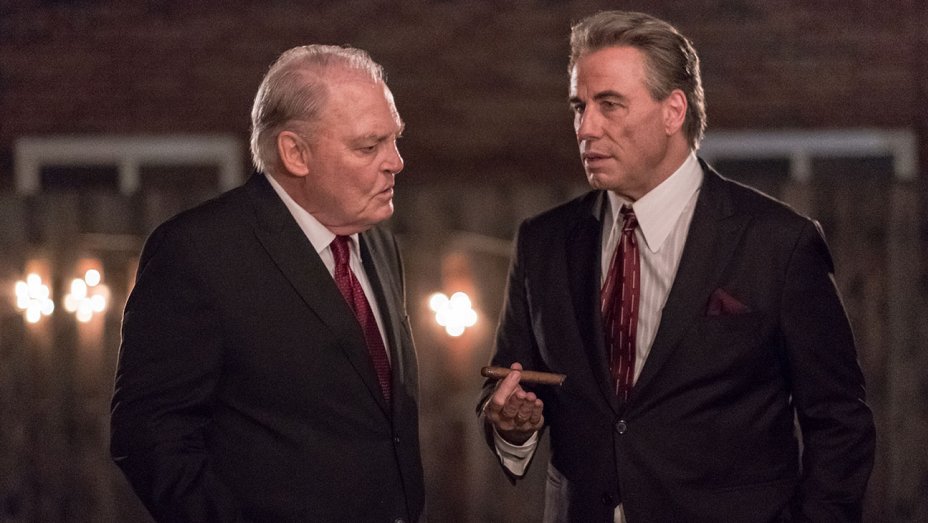 From the Cannes Film Festival to a posh New York City premiere to stops in cities including Phoenix and Miami, John Travolta tirelessly promoted his new movie, Gotti. He even joined social media for the first time in order to spread the word.

The reason for his dedication? Travola believed his performance as the late John Gotti, one of the most famous mafia bosses in history, would make him a player in the next awards race, according to several insiders who have been closely involved with the biopic.

But the famous actor and his film were dealt a bruising blow when Gotti was assassinated by critics, receiving a rare zero percent rating on Rotten Tomatoes on the eve of its opening in 503 theaters spread across 25 cities. Over the weekend, the indie film debuted to $1.7 million. While the film is not an out-and-out bomb, Gotti‘s theatrical run is nevertheless endangered, save for those cinemas in seven locales where the film held its own.

Gotti became a passion project for Travolta, but although he invested both his time and celebrity to promote the project, its failure to connect with a wider audience underscores the risk that passion projects bring with them.

Travolta’s commitment to Gotti was no overnight fling. The film itself was more than seven years in the making, beginning when the gangster’s son, John Gotti Jr., turned down a reported offer from Sylvester Stallone and struck a deal with producer Marc Fiore for a movie about his father. Lacking Hollywood connections, Fiore turned for help to Marty Ingels, the late comedian and husband of actress Shirley Jones, who managed to secure Fiore and Gotti a meeting with Travolta, who signed on. Travolta became one of the few constants on the project as the inexperienced producers struggled to put the rest of the elements together. Eventually, Kevin Connolly took over the directing reins as the film shot in Cincinnati in 2016, with Randall Emmett’s and George Furla’s Emmet/Furla/Oasis Films partnering with Fiore Films and Highland Film Group, and Lionsgate Premiere set to distribute.

Travolta became incensed last December when stories broke saying that Liongate Premiere was pulling the $10 million film from a dual release in theaters and on VOD, implying that Lionsgate didn’t have faith in the biopic. In fact, Travolta had been working personally behind the scenes to extricate the film from Lionsgate. He wanted a full-scale awards compaign, and for that Gotti first needed a full-fledged theatrical release.

Needing help, Travolta and Gotti‘s lead producers found a new source of funding in Edward Walson, son of the late New Jersey cable pioneeer John Walson Sr. Walson had produced and helped finance a number of Broadway plays and several movies, including Woody Allen’s Blue Jasmine. Travolta and Walson saw eye to eye on Gotti, with Walson agreeing to buy back the rights from Lionsgate and foot most of the bill for the film’s release.

From the outset, everyone involved knew there wouldn’t be enough money to wage a full-fledged marketing campaign, but with between $4 million and $5 million available, a plan was devised to rely on a mix of sponsored promotions and free publicity, as well as side investments, according to sources.