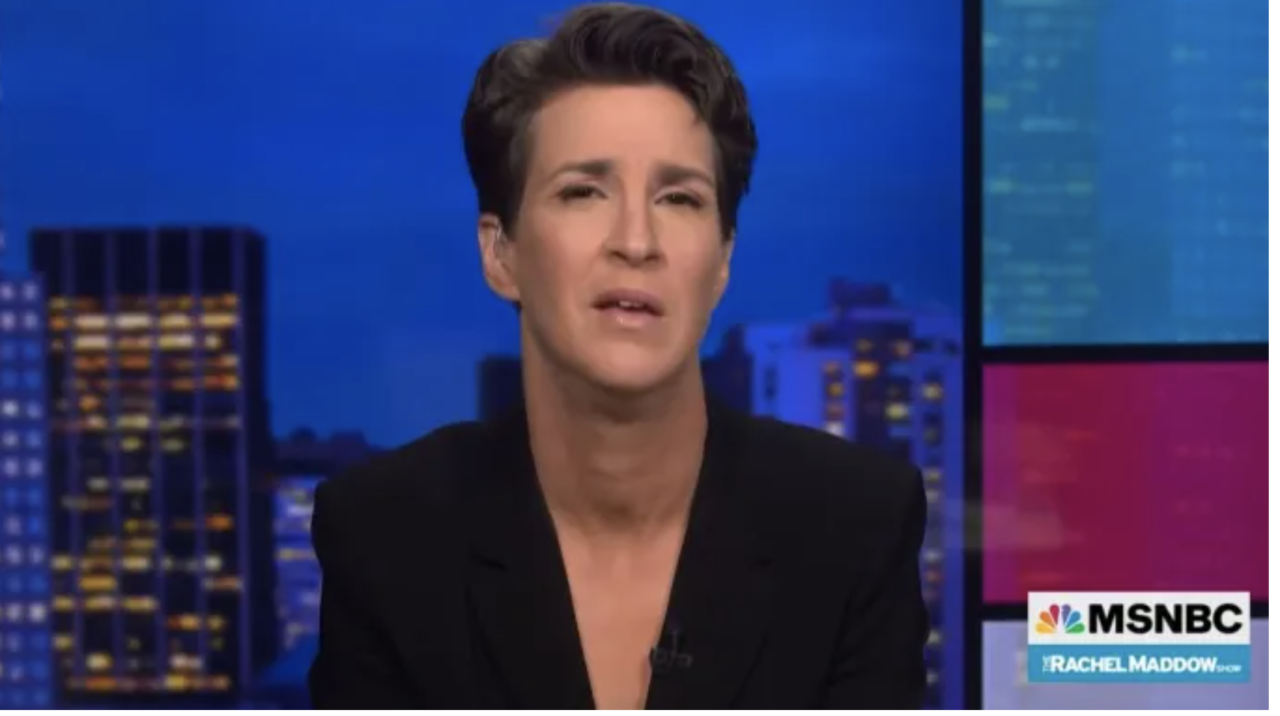 Rachel Maddow announced that she will go to a weekly schedule, hosting MSNBC’s The Rachel Maddow Show solely on Monday nights starting in May.

Rotating hosts will fill in the rest of the week, and there are no immediate plans for a replacement host at this time, according to a network spokesperson.

“This might change….We will see how things go, but that is the plan as of now,” Maddow said on her show on Monday, when she returned from a two month hiatus to work on special projects, including a film version of her Bag Man podcast and book.

Ever since she signed a new deal with MSNBC and NBCUniversal last year, there have been reports that she planned to scale back her schedule. She has hosted the show since 2008 and has been MSNBC’s top-rated personality, but reportedly has been wanting to move away from the rigors of the weeknight schedule. Yet as she has been absent, the viewership for that hour has fallen compared to the same period last year.

Maddow told viewers that she will continue to host from Mondays to Thursdays this month, and she also will be back for special events coverage.

When she announced her hiatus in February, Maddow indicated that she may be taking another one.

But she said on her return on Monday, “One of the things I realized to my surprise is that I actually don’t need another hiatus. This one was great. But I think I only needed the one. I still have these other irons in the fire, all these other things I am working on that I want to bring to fruition.”

The once-a-week format will be a test to see if Maddow’s presence at the start of the week helps retain viewers for the rest of the nights.