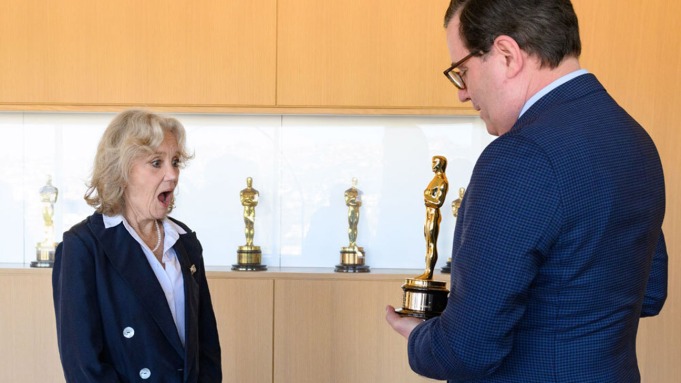 In 1961, when Hayley Mills was 14, the Academy of Motion Picture Arts and Sciences gave her a special Oscar for “the most outstanding juvenile performance during 1960” — the last of its kind ever presented — in recognition of her star-making turn in the film Pollyanna. Now, 61 years later, they have done so again.

Mills’ Oscar — which on Oscar night was presented by Shirley Temple to Annette Funicello, and then forwarded to Mills at her boarding school — was apparently stolen from her London home in the late 1980s when she came to the United States to shoot the television series Good Morning, Miss Bliss. She discussed its disappearance during a recent appearance on The Hollywood Reporter‘s Awards Chatter podcast in promotion of her new memoir Forever Young.