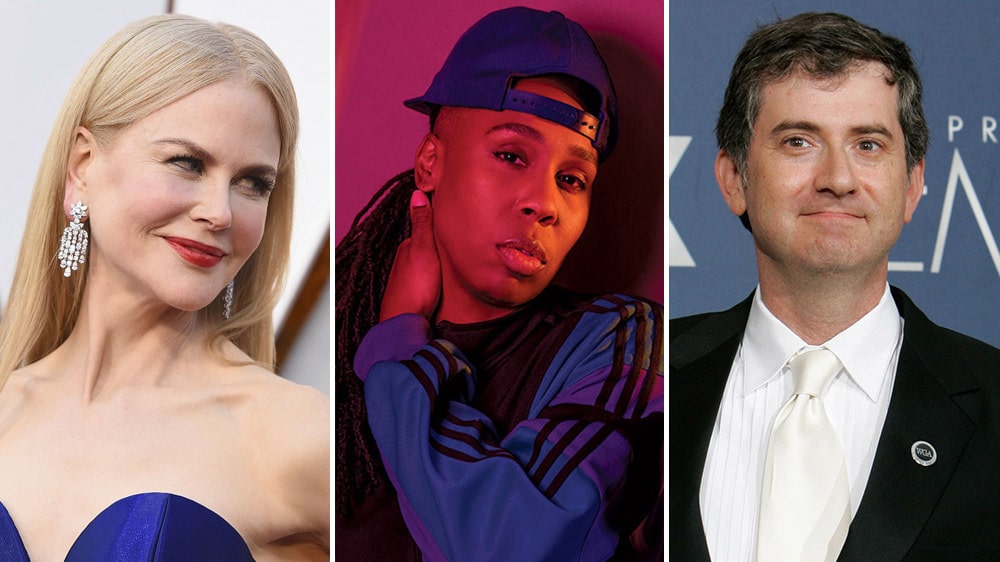 “The Expatriates” is based on the best-selling novel by Janice Y.K Lee and award-winning screenwriter Alice Bell. And after announcing a first-look deal with Blossom Films earlier this summer, Jennifer Salke, head of Amazon Studios, said they are “thrilled” to kick off the relationship by bringing this story to life.

“The story weaves an addictive tapestry that follows a group of complex women and their lives as outsiders in Hong Kong. It’s a compelling exploration of the strength of these women as they persevere through struggles with marriage, career, parenting and unimaginable loss,” Salke said.

Kidman added that she, too, was thrilled about this collaboration. “‘The Expatriates’ is just the beginning of our shared goal in making delicious stories with something meaningful to say about the world,” she said.

Set against the backdrop of “The Vertical City” of Hong Kong, “The Expatriates” is a drama series that will explore the vibrant lives of a close-knit expatriate community: where affluence is celebrated, friendships are intense but knowingly temporary, and personal lives, deaths and marriages are played out publicly — then retold with glee. Key characters in the female-focused project, still to be cast, include Margaret, a world-renowned American architect struggling with the unwavering suspicion that something could be wrong with her latest project — an ambitious skyscraper already gracing the Hong Kong skyline — until an unexpected event upends her life; Mercy, a Korean-American college graduate with a questionable past seeking a new life, who quickly finds herself embroiled in an unforgivable scandal; Hilary, a British expat who yearns for a child despite her uncertain marriage, then dabbles in local customs and make-believe identities in a deliberate attempt to change her fate; Tammy, a high-flying alpha-expat who is blindsided when her husband’s Chinese second family appears on her doorstep; Barbara, whose decadent lifestyle belies a ticking clock; Franny, an Australian expat loyal to anyone she’s having lunch with, who faces an existential crisis; and Olivia, a Chinese local socialite who experiences a humiliating loss of status.

“The Expatriates” is executive produced by Kidman and Per Saari for Blossom Films and Theresa Park for POW! Productions, with Lee serving as consulting producer.

“THEM: Covenant” will follow the still-to-be-cast characters of Alfred and Lucky Emory who decide to move their family from North Carolina to an all-white Los Angeles neighborhood. The family’s home on a tree lined, seemingly idyllic street becomes ground zero where malevolent forces both real and supernatural threaten to taunt, ravage and destroy them.

“My heart was still pounding an hour after I heard this pitch. The show is edge of your seat scary and addictive while also being provocative and socially relevant,” Salke said. “We are thrilled to be in business with the incredibly talented Lena Waithe, Little Marvin and Vertigo.”

The idea behind the show is “do you know your neighbors,” added Vernon Sanders, co-head of television at Amazon Studios in a statement. “Little Marvin’s fresh, relevant voice explores the horrors that lurk down the street, around the corner and even right next door in this season of our event series. This is the perfect lean in, edge of your seat show for Prime Video customers and we can’t wait to deliver it.”

Waithe, who set a first-look deal with Showtime earlier this week, said “Little Marvin’s script stayed with me for weeks after I read it. He’s written something that’s provocative and terrifying. The first season will speak to how frightening it was to be black in 1953. It will also remind us that being black in 2018 is just as horrifying. This anthology series will examine the cultural divides among all of us and explore us vs THEM in a way we’ve never seen before.”

Added Little Marvin, “I’ve always felt that dark, surreal times deserve dark, surreal mirrors to show us ourselves. And at this point in time one of the best ways to examine fractures in our world through the visceral and raw lens of horror. I’m beyond thrilled that our series has found its home with the fine folks at Amazon.”

“THEM” is a production with Sony Pictures Television.

“Upload,” which comes from Daniels and his producing partner Howard Klein and stars Andy Allo and Robbie Amell, is a 10-episode half-hour sci-fi romantic satire. The show is set in the near future, where people who are near death can be “uploaded” into a virtual afterlife of their choice.

“I’m thrilled to be once again working with Greg and Howard on this new series,” Sanders said. “They’ve made some of the best comedies of the last three decades and I know our Prime Video customers are in for a treat when Upload premieres.”