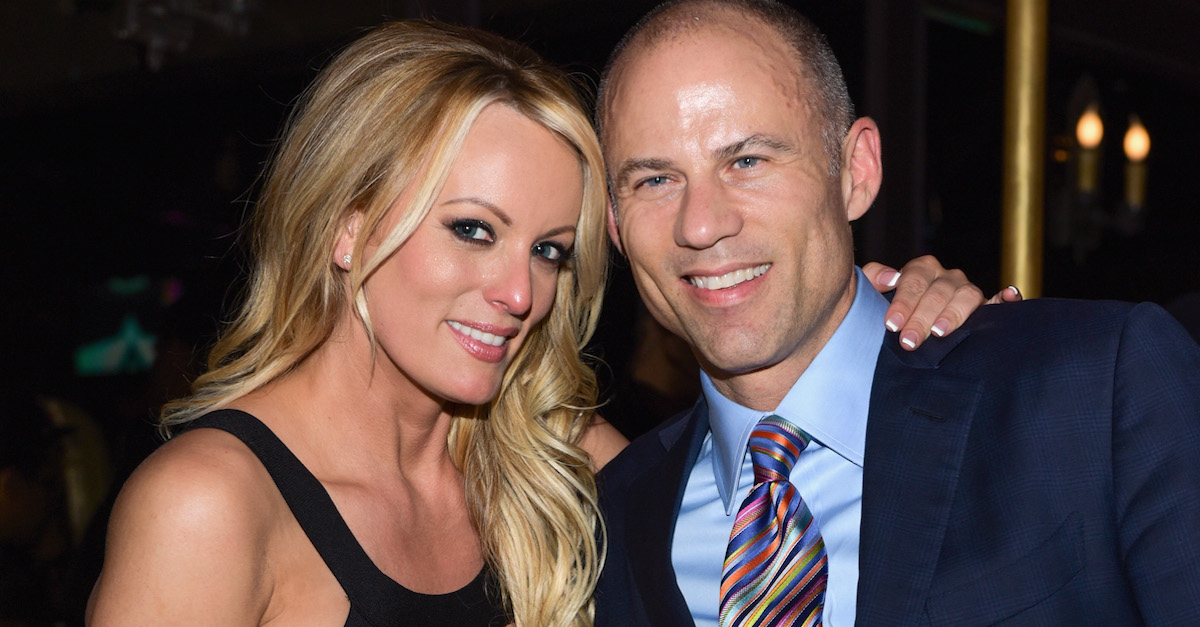 Avenatti stared straight ahead as the verdict was read. It was another crushing defeat for the California lawyer, who has faced a host of legal problems after briefly rising to fame as one of Trump’s leading antagonists on cable news early in the Republican’s administration.

Avenatti dumped his lawyers and decided to represent himself shortly after the trial began, setting up a face-to-face showdown with Daniels, his former client, who appeared in a new role as star witness.

Prosecutors portrayed Avenatti as a common thief and serial liar. He countered by seeking to cast himself as a white knight who came to the rescue of Daniels until he turned on her.

Over two days of cross-examination, he questioned her about the allegations that he’d swindled her out of book proceeds — and about ghost stories she’d told for a possible show about the supernatural world.

He has yet to begin serving a two-and-a-half-year prison sentence he received in 2020 for trying to extort up to $25 million from sportswear giant Nike.

He also is awaiting a retrial in Los Angeles on charges that he ripped off clients and others for millions of dollars. He represented himself last year for six weeks before a mistrial resulted.

Daniels had initially hired Avenatti as she was trying to escape the terms of a $130,000 hush payment deal that kept her from speaking publicly about an alleged sexual encounter that Trump says never happened.

Avenatti parlayed his representation of Daniels into a string of cable news appearances, in which he mocked and baited Trump.

When Trump’s lawyer, Michael Cohen, was raided by the FBI in connection with tax evasion and payments made to women on Trump’s behalf, Avenatti contributed to the spectacle by bringing Daniels to the federal courthouse.

The relationship between the two fell apart after Daniels said she learned that Avenatti had taken a share of her $800,000 book deal for himself.

Avenatti insisted he was innocent of wire fraud and aggravated identity theft.

After opening statements and two trial witnesses, he shed his lawyers and confronted witnesses himself, setting up his questioning of Daniels, whose legal name is Stephanie Clifford.