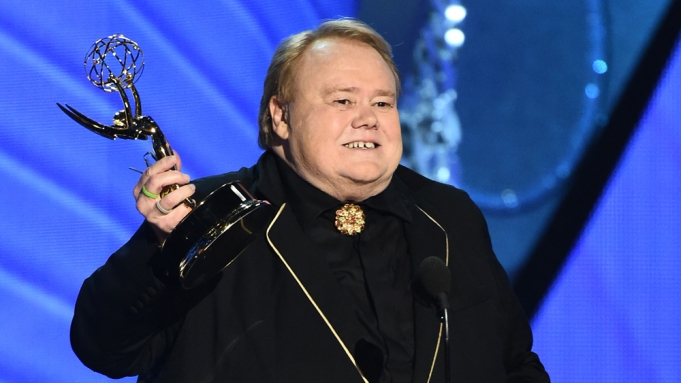 Louie Anderson, the big-hearted everyman who rose to fame as a stand-up comic, then channeled the spirit of his late mother for his Emmy-winning turn as Christine Baskets on the FX series Baskets, has died. He was 68.

Anderson died Friday in a Las Vegas hospital of complications from cancer, his longtime publicist Glenn Schwartz told The Hollywood Reporter. Anderson had been undergoing treatment after being diagnosed with a type of non-Hodgkin lymphoma.

Mentored by legendary stand-up Henny Youngman, the gap-toothed Minnesota native was named one of “100 Greatest Stand-Ups of All Time” by Comedy Central in 2004. He also co-created Life With Louie, the Saturday morning animated series in which he played a version of his 8-year-old self and hosted a revival of the game show Family Feud.

For his first big part, Eddie Murphy picked Anderson to portray Maurice, a upward-striving employee at McDowell’s, in Coming to America (1988), and he returned for the 2021 sequel.

“You know, I started on clean-up just like you guys,” he tells Murphy and Arsenio Hall’s characters in the original. “But now, see I’m washing lettuce. Soon I’ll be on fries, then the grill. In a year or two, I make assistant manager, and that’s when the big bucks start rolling in.”

Baskets, created by Louis C.K., Zach Galifianakis and Jonathan Krisel, starred Galifianakis as Chip and Dale Baskets, one a struggling circus clown, the other his obnoxious identical twin. Yet it was Anderson, as their melancholy yet optimistic single mom, who stole the show during its four-season run (2016-19).

When Galifianakis began describing Christine’s voice to his Baskets‘ co-creators, both immediately thought of Anderson to take on the part. The comic related to the character, who he said was just like his mother, who died in 1990.

“I’m pretty sure my mom orchestrated it from the great beyond,” Anderson told the Los Angeles Times in 2017. “I mean, how would that come up otherwise? She always could have been a star herself, so she’s finally getting a chance to act.”

Anderson’s portrayal of Christine earned him his Primetime Emmy in 2016, the first of three straight years with a nomination.

“Mom! We did it!” he exclaimed after making his way to the podium on Emmy night. “I haven’t always been a very good man, but I play one hell of a woman. This is for my mother, Ora Zella Anderson, who I stole every nuance, shameful look, cruel look, loving look [and] passive-aggressive line from.”