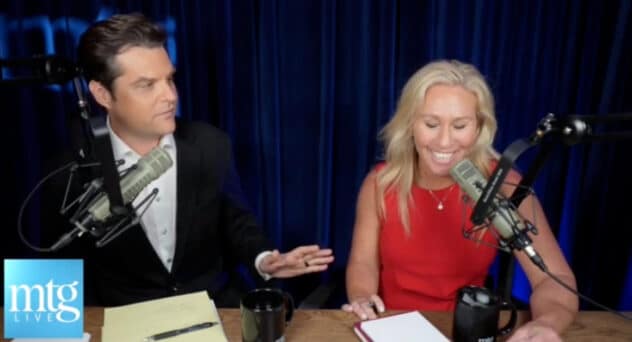 The House of Representatives voted overwhelmingly to reauthorize the Victims of Trafficking and Violence Protection Act, which has been repeatedly green-lit by Congress and every president since its passage in 2000.

All 20 votes against the measure were cast by Republicans, including Rep. Matt Gaetz (R-FL), who, according to a report last year is under investigation by the Department of Justice as to whether he had a sexual relationship with a 17-year-old who may have been trafficked for the purpose of engaging in sex.

Gaetz has denied any wrongdoing.