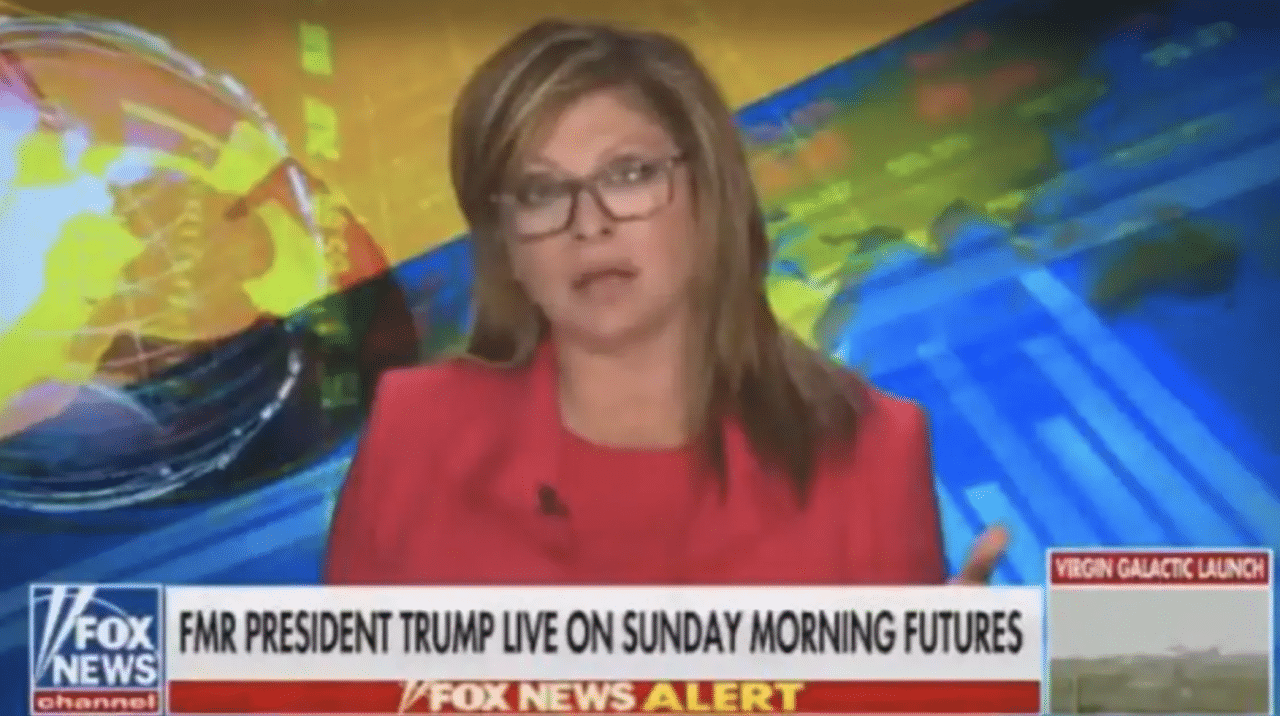 Fox News Channel’s Maria Bartiromo and Donald Trump pushed baseless theories on her Sunday show about the shooting death of Ashli Babbit, the insurrectionist who was killed breaking into the U.S. Capitol – and online observers immediately took her to task with one person saying, “Maria has gone full cuckoo.”

On this week’s “Sunday Morning Futures With Maria Bartiromo,” she and Trump’s conversation about Babbit and what lead up to her being shot by Capitol police on Jan. 6 provoked a wave of backlash with their inaccurate account of the events and conspiracy theories at the center.

In particular, viewers took issue with how the two whitewashed Babbit’s participation in the riot — Trump called Babbit a “wonderful, innocent woman,” and both he and Bartiromo called the Capitol riot that injured 140 officers and left Babbit and four other people dead a “peaceful protest” multiple times.

“‘This wonderful woman, young woman… who went to a peaceful protest.’ ‘Peaceful protest’? Sorry, Maria Bartiromo is a disgrace to journalism and Fox is not a news organization. This is reckless, dishonest, inflammatory stuff,” MSNBC’s Mehdi Hasan noted on Twitter Sunday.

Trump and Bartiromo agreed they think that a high-level Democratic operative was somehow involved in Babbit’s killing. Bartiromo went further, saying that her team at Fox has targeted Senate Majority Leader Chuck Schumer, who’s been an outspoken advocate for establishing a commission to investigate the cause of the riot.

Political reporter Andrew Solender pointed out that it wouldn’t really make sense for Schumer’s detail to be on the House side of the Capitol, since he’s a Senator, but that logic evidently flew over both Bartiromo and Trump’s heads.