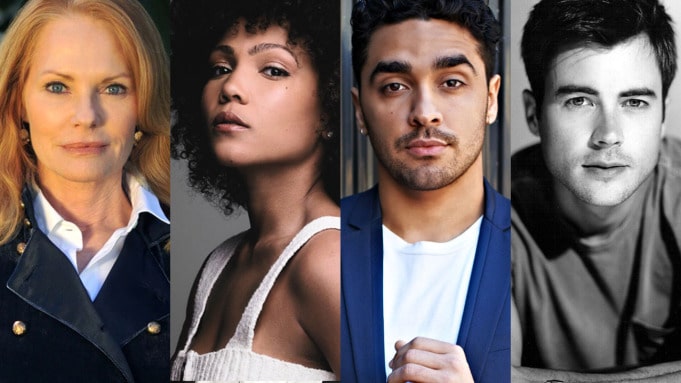 NBC’s Getaway is rounding out its cast.

Marg Helgenberger (All Rise), Jasmine Mathews (The Tomorrow War), E.J. Bonilla (The Old Man) and Matt Long (Manifest) have joined Annie Ilonzeh in the cast of the network’s drama pilot Getaway, which remains in consideration for midseason.

From The Blacklist exec producers John Davis and John Fox and writers JJ Bailey and Moira Kirland, Getaway follows a destination wedding at an isolated luxury resort that quickly descends into chaos after a group of dangerous criminals takes the island hostage. The small group of guests, led by a fearless female Army vet (Ilonzeh), will do everything they can to stay alive.

Mathews is Grace Rowland, who meets and marries Jack in just over a year. As the hotel comes under attack, Grace and Jack’s fairy tale relationship will come under more pressure, exposing a side of Grace that no one has seen before.

Bonilla is Rafi Salinas, a man who claims to be a fisherman on the run with his friends from a gang of cartel members but who is also hiding a dark secret that will put everyone in danger.

Long is Jack, a man used to getting everything he wants, including his bride. He is also set on creating a career for himself that separates him from his mother and their family name.