Class is in session, and Professor Kanye West is ready to share his life lessons with the world.

For the first time in five years, the rapper sat down with Jimmy Kimmel on Thursday evening interview for a wide-ranging interview on topics including his 2016 hospitalization, decision to speak out in support of President Donald Trump, Kim Kardashian and living with bipolar disorder.

On the topic of the election, Kanye explained, “Everyone around me tried to pick my candidate for me. And then told me every time I said I liked Trump that I couldn’t say it out loud or my career would be over, I’d get kicked out of the black community… So, even when I said it right before I went to the hospital and I expressed myself… When I came out I had lost my confidence. So I didn’t have the confidence to take on the world and the possible backlash. And it took me a year and a half to have the confidence to stand up and put on the hat. No matter what the consequences were.”

The hip-hop superstar said his controversial tweets had “nothing” to do with politics, but instead “represented overcoming fear and doing what you felt, no matter what anyone said… If I’m afraid to be me, I’m no longer ‘Ye. That’s what makes ‘Ye.” 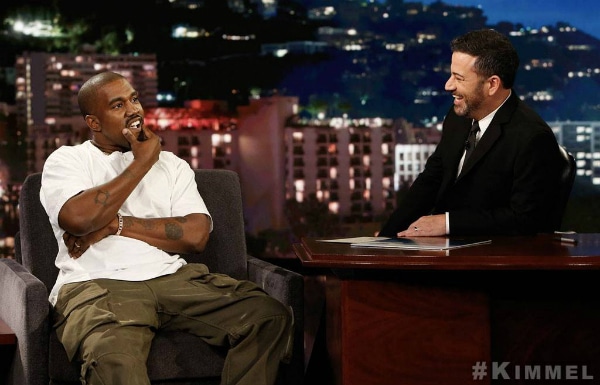 So how does Kanye ensure he’s staying true to himself at all times? He agreed with Kimmel that his true brilliance comes by accepting every part of his identity, including his bi-polar disorder.