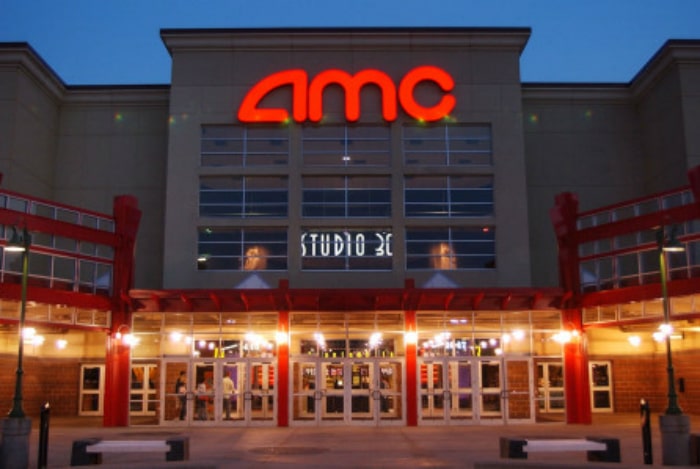 AMC Theatres has upped the ante in the monthly movie ticket subscription war with MoviePass, and is adding a new tier to its current rewards program called AMC Stubs A-List.

Cinema giant AMC Theatres is launching a discounted movie ticket program, AMC Stubs A-List, where members can see up to three regular movies a week for $19.95 a month and receive discounts on concessions and other benefits.

The new tier to the AMC Stubs rewards program comes as a response to a rival loyalty club at Cinemark Entertainment, Cinemark Movie Club; and controversial theater subscription service MoviePass. AMC Stubs A-List, to launch June 26, after the opening weekend for Jurassic World: Fallen Kingdom, will allow members to view available movies at any U.S.-based AMC location, and in any format, including Imax, Dolby Cinema, RealD 3D, Prime and BigD.

Since last fall we’ve been hearing that AMC was shopping some form of a premium subscription program around to studios, however, the distribution heads had declined the chain’s proposals. Today, the largest exhibitor in the world has finally broken through, and the news arrives just as MoviePass’ parent company Helios & Matheson is trying to financially re-structure since its stock tanked well below a dollar a share over the last month with analysts deeming the company’s business plan risky. Since MoviePass revitalized itself last August with a $9.95/a month unlimited movie ticket service, it’s been at war with AMC. The exhibitor attempted to block MoviePass with the latter shutting off some of the chain’s big city locations from its app earlier this year (only to turn them back on later for its members).

While many will be fast to point out that AMC’s program isn’t the $9.95/a month one ticket-a-day program that MoviePass provides its members, there are several other perks: A-List members don’t have to buy their tickets at the last minute which is the case with MoviePass, rather can purchase well in advance. A-Listers can snap up tickets for any format (IMAX at AMC, Dolby Cinema at AMC, RealD 3D, Prime at AMC and BigD), something MoviePass doesn’t allow.  Reservations for A-List members can be made on AMCTheatres.com web site, or on the AMC Theatres smartphone app. For quite some time, MoviePass’ 3 million subscribers have weathered a slew of technical snafus, from the app glitching to being informed they’ve violated their Byzantine terms of service. No problems here with AMC’s A-List since it connects directly with the chain’s internal point-of-sales system.

With A-List, it’s use it or lose it every week: The three movies a week doesn’t rollover into next week. That said, all three movies can be enjoyed on the same day with a two-hour buffer in between each showtime. And an individual is allowed to re-watch the same movie. The A-List subscription program works for both new releases as well as holdovers, studio or indie titles.

In addition to seeing up to three movies per week, AMC Stubs A-List members will also reap such upsides as free upgrades on concessions, express box office and concession service, no online ticketing fees and 100 points for every $1 spent for the AMC Stubs A-List monthly fee and food and beverage spending at the theater chain. AMC Stubs Premiere members receive a $5 reward for every 5,000 points earned, which translates to a 10% credit toward future AMC purchases.

“We believe that our current and future loyal guests will be interested in this type of program, as AMC Stubs A-List rewards guests with something that no one else offers: the very best of AMC, including IMAX, Dolby Cinema and RealD 3D up to 3 times per week, for one simple, sustainable price,” said Adam Aron, CEO and President, AMC Theatres.

“We believe that our current and future loyal guests will be interested in this type of program, as AMC Stubs A-List rewards guests with something that no one else offers: the very best of AMC, including Imax, Dolby Cinema and RealD 3D up to three times per week, for one simple, sustainable price,” said Adam Aron, CEO and president of AMC Theatres.

Aron during an analyst call conceded the monthly subscription cost for AMC Stubs A-List is around double the charge for competitive offerings, including MoviePass. He defended the $19.95 charge as a “sustainable price point” that allowed AMC to profit from its new loyalty program, and to share those incremental earnings with Hollywood studio partners.

“That (price point) makes for possible success for AMC, while other discounters will continue to hemorrhage cash,” Aron said in an apparent reference to MoviePass. He added AMC can look forward to higher admissions from the A-List clientele, whom he anticipated will see 2.5 movies a month, on average.

Aron added, “Since its inception in 2011, AMC Stubs has continued to evolve to meet the needs of its customers, as it did in 2016 when we introduced the free tier, AMC Stubs Insider. AMC Stubs A-List is AMC’s next evolution of delivering amazing benefits to our loyal customers, and we’re excited to continue to grow the program by leaps and bounds.”

While it’s too soon to tell whether AMC’s A-List takes a toll on MoviePass, distribution sources perceive the latter to be financially unstable, and question how the service will survive the summer box office season.