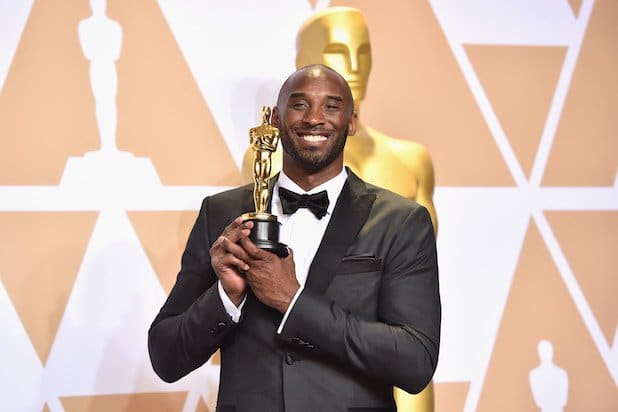 Despite winning an Academy Award, former NBA star and Los Angeles Lakers legend Kobe Bryant isn’t getting a spot in the Academy of Motion Pictures Arts and Sciences. Though the Academy’s short films and feature animation branch voted to invite him into the ranks, the Academy’s governors committee, which has final say-so on membership, overruled them, Variety reported on Wednesday.

The Academy’s denial of Bryant’s membership was first reported by Cartoon Brew.

Bryant shared the Oscar for Best Animated Short Film for “Dear Basketball,” which he wrote and narrated, with director Glen Keane. Oscar-winning filmmakers are typically nominated and considered for entry into the Academy, and that’s what happened where.

However, according to Variety, the Academy’s governors committee ultimately felt that Bryant needs evidence of a larger career in film before admitted as a member.

Per the short film and feature animation branch’s bylaws, an individual can be considered for invitation to the Academy one of three ways: Having at least two theatrical film screen credits in a key creative role that meet the Academy’s standards, earning a nomination in the live action or animated short films categories, or the Animated Feature Film category, or the Academy can decided the person has, “achieved unique distinction, earned special merit or made an outstanding contribution within the person’s field of endeavor.”

The Academy has been trying in recent years to increase the number of non-white members in its ranks, and often make an exception to invite Oscar winners into the Academy.

MoviePass Will Start to Surge Prices for Popular Movies in July