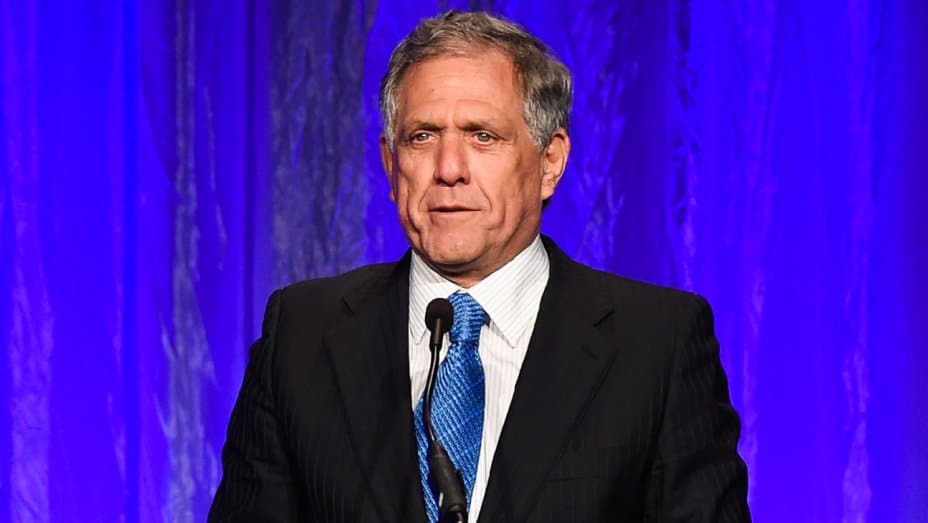 Leslie Moonves, the longtime CEO of CBS, has been accused of sexual misconduct by multiple women over the course of several decades in a new investigation published by Ronan Farrow in The New Yorker on Friday. On the record accusers in the story include Illeana Douglas, Janet Jones, Christine Peters and Dinah Kirgo.

“Six women who had professional dealings with him told me that, between the nineteen-eighties and the late aughts, Moonves sexually harassed them,” Farrow writes in the story. “Four described forcible touching or kissing during business meetings, in what they said appeared to be a practiced routine. Two told me that Moonves physically intimidated them or threatened to derail their careers. All said that he became cold or hostile after they rejected his advances, and that they believed their careers suffered as a result.”

Actress Douglas describes an incident where Moonves allegedly tried to kiss her and grab her. “What it feels like to have someone hold you down—you can’t breathe, you can’t move,” Douglas told Farrow, recalling an incident in the late 1990s. “The physicality of it was horrendous.” Among others, the actress told director Martin Scorsese about the incident, and the director corroborated to the magazine that he had heard about the story.

Writer Janet Jones recalls an incident in 1985 where she alleges that Moonves “came around the corner of the table and threw himself on top of me. It was very fast.” Jones says she remembers Moonves saying, “‘Well, I was hitting on you. I wanted a kiss.'”

Producer Christine Peters recalled a business meeting in 2006 where, she claims, “He said, ‘This is really great,’” she recalled. “Then he just put a hand up my skirt.”

Dinah Kirgo, an Emmy-winning writer, claims that in the 1980s she “rebuffed unwanted advances from Moonves in [a] professional setting,” as Farrow writes in his investigation.

In a statement given to The New Yorker, Moonves said: “Throughout my time at CBS, we have promoted a culture of respect and opportunity for all employees, and have consistently found success elevating women to top executive positions across our company. I recognize that there were times decades ago when I may have made some women uncomfortable by making advances. Those were mistakes, and I regret them immensely. But I always understood and respected — and abided by the principle — that ‘no’ means ‘no,’ and I have never misused my position to harm or hinder anyone’s career. This is a time when we all are appropriately focused on how we help improve our society, and we at CBS are committed to being part of the solution.”

Moonves, now 68 years old, joined his current employer in 1995 as president of CBS Entertainment, was named CEO of CBS Television in 1998 and became chairman and CEO of the parent company five years later. Since then, his network has introduced the world to franchises like CSI, Survivor, NCIS, The Big Bang Theory, as well as Homeland at Showtime, which is owned by CBS.

Moonves, perhaps until now, has also been a tremendously resilient survivor, skirting sex scandals involving Sumner Redstone as well as feuds between Sumner and his daughter, Shari, and other feuds that brought down former Viacom CEO Philippe Dauman and other top executives in the Redstone orbit.

CBS says it is currently investigating claims against its chief. “All allegations of personal misconduct are to be taken seriously,” the network said in a Friday statement. “The Independent Directors of CBS have committed to investigating claims that violate the Company’s clear policies in that regard. Upon the conclusion of that investigation, which involves recently reported allegations that go back several decades, the Board will promptly review the findings and take appropriate action.”

Shari Redstone, who controls Viacom and CBS through a family trust, National Amusements, said in a statement from a representative that she “hopes that the investigation of these allegations is thorough, open and transparent.”

Since Harvey Weinstein’s career was torn asunder by allegations of harassment and sexual assault, several industry leaders have not escaped consequences for sexual misconduct accusations. Among those whose careers are in shambles are former head of Amazon Studios Roy Price; comedian and former U.S. Senator Al Franken; former host of NBC’s Todayshow Matt Lauer; comedian Louis C.K. and actor Kevin Spacey — not to mention Bill Cosby, who was accused prior to the Weinstein revelations.

Moonves is likely facing his biggest challenge now with the accusations against him, which come just three months after a group that he was part of created the Commission on Sexual Harassment and Advancing Equality in the Workplace, which is chaired by Anita Hill.

In a statement, Moonves wife Julie Chen, “I’ve have known my husband Leslie Moonves since the late ’90s, and I’ve been married to him for 14 years. Leslie is a good man and a loving father, devoted father and inspiring corporate leader. He has always been a kind, decent and moral human being. I fully support my husband and stand behind him.”