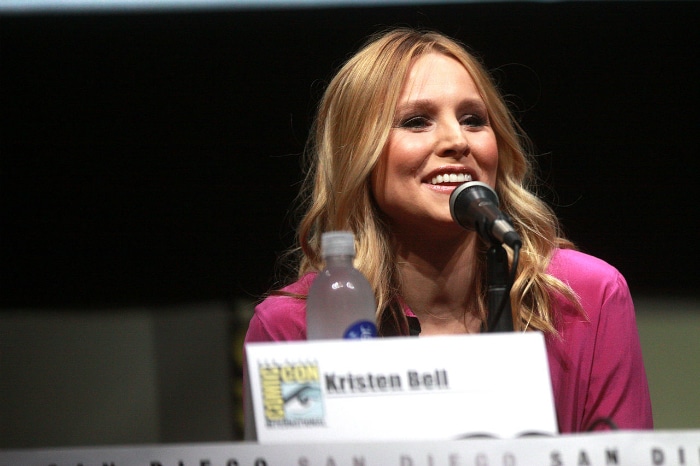 Kristen Bell reveals one of her deepest and weirdest secrets. Thanks to husband Dax Shepard, the Veronica Mars star is exposed.

Comedian and actor Shepard took to Instagram to share, in typically hilarious fashion, that his wife wears gloves in the pool.

My bride wears gloves in the pool because she hates the feeling of pruney finger tips on skin. #Hollyweird #iloveher

This particular life twist came as a surprise to Shepard, despite having known her for 11 years (they’ve been married since 2013), as he explained on “Jimmy Kimmel Live!” Wednesday.

“What I’ve been told thus far is she doesn’t like going to the pool,” he said, noting that the recent West Coast heat wave made her rethink her policy of sitting on the sidelines and watching their two children, Lincoln, 5; Delta, 3, splash around.

The method to her madness has nothing to do with keeping her hands young either, as Bell elaborated to USA Today.

“I don’t know if you’d call it a tick, but when pruney fingers touch other skin, I have a gag reflex. … When I’m in the pool with my children … I have to respond maternally, I have to reach for them,” she admitted.

The Good Place actress’s best friend suggested she try special gloves so she can save her kids if necessary but not be subject to her gag reflex upon touching them.

For Bell’s part, she is not ashamed of the weird habit because it gets the job done.