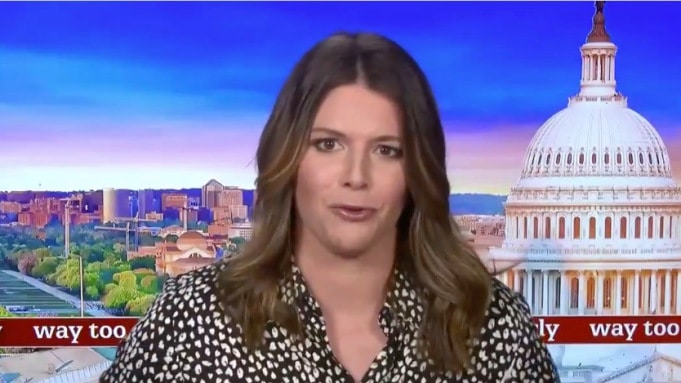 MSNBC host and NBC News correspondent Kasie Hunt announced her departure at the end of Way Too Early on Friday, promising that she would announce her next move “in the next few weeks.”

Hunt plans to join CNN, according to a source familiar with her plans. Variety, which first reported the move, also reported that she would focus largely on streaming content as the network develops a streaming service, with reports that it will be called CNN+.

“This is going to be my final broadcast with all of you,” Hunt said, adding that she would have more on her “next adventure” in “the next few weeks.”

She added, “I just want to thank everyone at NBC News, at MSNBC, of course to Mika, for always insisting that you should know your value.” That was a reference to Morning Joe co-host Mika Brzezinski, who wrote the best-selling motivational book Know Your Value: Women, Money and Getting What You’re Worth.

An MSNBC spokesperson said that Way Too Early will continue in the meantime with various MSNBC figures hosting in the interim.

Hunt had hosted the Sunday show Kasie DC until September, when MSNBC switched her to the morning slot anchoring the weekday Way Too Early, which as the title suggests, starts at 5 a.m. ET and, on 2 a.m. the West Coast. She also was NBC News Capitol Hill correspondent and also had a large presence on the network. She co-anchored major events coverage for NBC News’ streaming service, NBC News Now, and appeared on Meet the Press and NBC Nightly News.

Hunt joined NBC News in 2013 covering Congress and politics, and became political correspondent for MSNBC in 2014. She began anchoring the Sunday evening Kasie DC in 2017. She previously worked for the Associated Press and Politico.