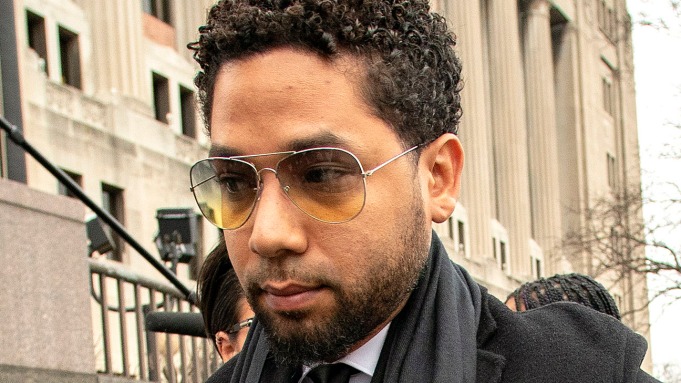 Jussie Smollett, who was convicted last month for lying to police about a racist, homophobic attack that authorities said he staged, will return to court for sentencing March 10, a judge said Thursday.

Cook County Judge James Linn set the sentencing date in Chicago for the former Empire actor, who told the judge he was in New York, during a hearing on Zoom.

Smollett was found guilty by a jury Dec. 9 of five felony counts of disorderly conduct under a subsection of the law that prohibits making false reports to police. He was acquitted on a sixth count.

Smollett, who is Black and gay, maintained throughout the nearly three-year legal battle that he was attacked in downtown Chicago in January 2019 by people who yelled racist and anti-gay slurs and put a noose around his neck. He denied during the trial that he staged the attack.

While the charges carry a possible sentence of three years in prison, legal experts have said Smollett is unlikely to get prison time for the low-level felonies, and is more likely to be sentenced to probation and ordered to perform community service.

Meanwhile, lawsuits that were on hold pending the outcome of the criminal case may now move forward. They include a lawsuit the city of Chicago filed against Smollett to recoup over $130,000 it spent investigating what police initially believed was a terrible hate crime.

During Smollett’s trial, two brothers testified that Smollett paid them $3,500 for the hoax and gave them lines to yell, including about “MAGA country,” an apparent reference to then-President Donald Trump’s “Make America Great Again” slogan.