If you walked away from Jurassic World: Fallen Kingdom with a bit of whiplash, don’t be alarmed. This follow-up to the smash 2015 reboot-slash-sequel (requel?) packed roughly three different movies into one lengthy runtime. Each act could easily stand on its own before the big finish brings everything together — and swiftly smashes it all to bits.

Taking place three years after the events of Jurassic World, it takes some creative maneuvering and suspension of disbelief to get our old friends Owen Grady (Chris Pratt) and Claire Dearing (Bryce Dallas Howard) back to Isla Nublar, and the visit goes just about as smoothly as one might expect. That’s just the start of their troubles, too, as they face even bigger monsters on the mainland. Let’s take a look at what exactly happens there at the tail end of Jurassic World: Fallen Kingdom, and tie together all of the film’s plot threads. 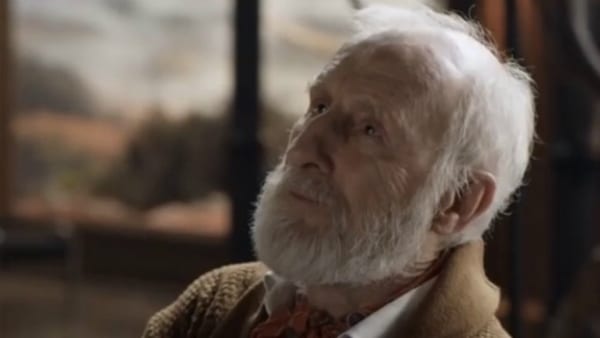 The introduction of deep-pocketed dino philanthropist Benjamin Lockwood (James Cromwell) serves multiple purposes: first, his substantial fortune and fascination with prehistoric creatures and science explains how Hammond (the late Richard Attenborough) could afford to “spare no expense” on the original Jurassic Park concept; plus, it puts a nice and friendly face on the new Isla Nublar expedition to convince people to join in, especially those who were involved with the massacre in the original. Lockwood plays on Claire’s desire to save these dinosaurs from certain extinction by volcano eruption, and she in turn plays on Owen’s personal connection to the raptor Blue.

Lockwood may have been sincere about saving the dinosaurs, but his smarmy assistant Eli Mills (Rafe Spall) is much too greedy to simply rehouse these animals on some tranquil island. Instead, he’s ready to round up whatever creatures he can to auction them off to the highest bidder. At the same time, he’s also aiding the mad geneticist Dr. Wu (B.D. Wong) in creating an even more lethal — and valuable — weapon of war called the indoraptor. This thing is a hybrid of the indominus rex and the velociraptor, and even more menacing than its parent species. Once Mills’ true intentions are discovered by Lockwood, he decides to smother his longtime benefactor to death and go about the business of turning his late boss’ passion project into a personal fortune. 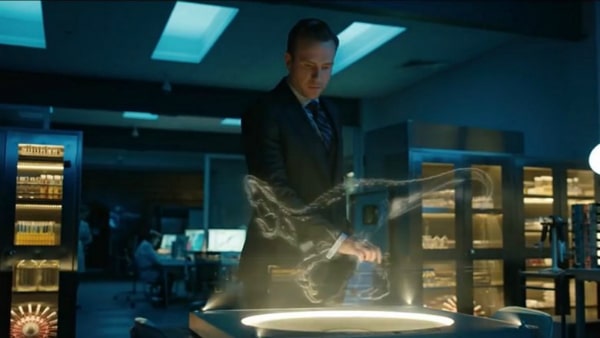 Mills has no trouble rounding up buyers for his menagerie of monsters after his henchman Ken Wheatley (Ted Levine) saves the priority pieces from the dying island. Blue is the VIP target for which Claire and Owen have been recruited to the mission, but it’s not about preserving the animal, or Owen’s breakthrough behavioral research, so much as it is making her part of the war machine development process. The indoraptor Wu has created is already capable of inflicting a lot of damage, but the plan is to make another one that grows up with Blue as its mommy so that it can pick up her trained traits of empathy and emotional intelligence.

The prototype that’s displayed (and unwisely auctioned off) to Mills’ crowd is a merciless killing machine that won’t be any good to a squadron of soldiers running with it. Owen and Claire could easily walk away from the fray at Lockwood’s estate once they get the pachycephalosaurus to break them out, but instead Owen decides to hang around long enough to ensure Wu’s gene-spliced monstrosity won’t ever leave the manor alive because he knows what it’s capable of. That’s when all hell breaks loose at the Lockwood auction.

Granddaughter, but emphasis on daughter 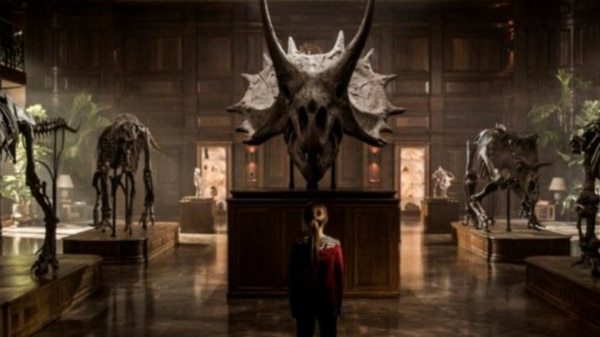 As the Lockwood manor melee unfolds, most of the dinosaurs are still locked up in the lower containment area. That’d be all well and good for everyone on site, except that once the party upstairs gets interrupted by Owen trying to deal with the indoraptor issue, the fracas reaches the lower levels. Our new paleoveterinarian pal Zia (Daniella Pineda) and computer wiz Franklin (Justice Smith) refuse their command from Wu to steal Blue’s blood so he can save it for the next hybrid horror he decides to create.

Kids Show Episodes That Were Too Risque To Air On TV