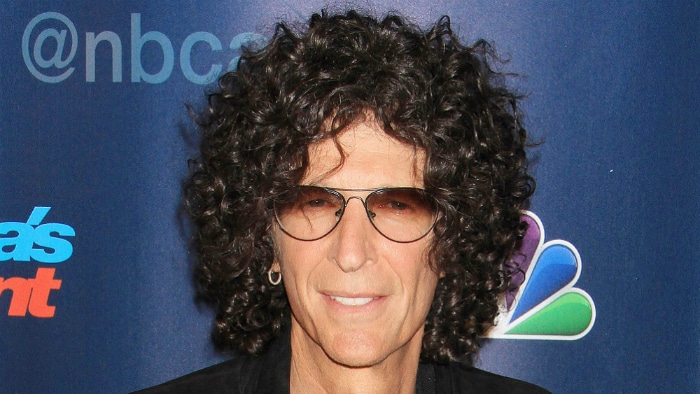 Howard Stern, who served as the host of the nationally syndicated The Howard Stern Show between 1986 and 2005, earned himself a reputation as one of the most outspoken figures in radio history.

Featuring a rotating cast of supporting guests, in-depth celebrity interviews, and multiple outrageous on-air moments that resulted in record-setting fines from the Federal Communications Commission, Stern’s show marked him as someone who wouldn’t hesitate to repeatedly cross the line. Stern and his show moved over to Sirius XM in 2006, and he also served as a judge on America’s Got Talent between 2012 and 2015 (displaying a markedly more subdued persona).

Over the years, Stern’s celebrity interviews, in particular, have made headlines as a result of the manner in which he’s able to coax famous folks to discuss personal details that they’d otherwise likely keep private (at least if it were up to their publicists). In 2016, the New York Times called him “one of the most deft and engrossing celebrity interviewers in the business and a sought-after stop for stars selling a movie or setting the record straight.” But not all of Stern’s searing interviews have gone well. The following rank as some of the most uncomfortable and cringeworthy ever aired.

Although, according to the New York Times, Girls creator Lena Dunham once called Stern an “outspoken feminist,” he took a decidedly sexist approach to a 2005 interview with Emma Bunton, aka Baby Spice of the Spice Girls. In a clip that Metro UK brought back to light in October 2017, Stern bombarded Bunton with invasive questions about if she was wearing underwear, when she lost her virginity (“You weren’t a virgin when you joined the band, were you? Were you really? … No kidding, at 18? Are you lying?”), and when she hit puberty. “You were very developed. What age did you develop? 14?” he asked. “When did you get your period? How old were you? That’s what everyone talks about.” It’s uncomfortable and, in a word, gross.

Perhaps most egregiously, Stern at one point accused Bunton of dressing scantily for attention, saying, “So don’t act like you don’t like this, you’re all about this. You want attention through your body. You want it. You’re asking for it, you’re gonna get it,” and playing sound clips from adult films. An obviously uncomfortable Bunton tried to diffuse the situation by politely answering Stern’s questions and playing along, though she did protest, “My dad won’t be happy that you’re talking to me like this.” Needless to say, this strained interview does not age well.

Donald Trump was a frequent guest on Howard Stern’s radio show in the 1990s and 2000s, back before he was president, and nearly every interview he did with Stern contained some kind of seriously cringeworthy moment. In September 2017, the Chicago Tribune reported on an unearthed clip from 1997 in which Trump said he could have “nailed” Princess Diana (who had recently died in a car accident) and joked around with Stern about demanding that the British royal get tested for HIV first.

CNN Money pulled together a collection of “highlights” from Trump’s interviews with Stern over the years, including his agreement with Stern’s 2004 assessment that his own daughter Ivanka is “a piece of a**,” Trump’s assertion in 2004 that for women the age of 35 is called “check-out time,” and, in 2005, Trump’s description of how, as the judge of the Miss Universe pageant, he would go backstage while contestants were nude to “inspect.”

The Daily Beast also reported that during a 2003 interview Trump told Stern about being floored by a 12-year-old Paris Hilton. “The first time I saw her she walked into the room and I said, ‘Who the hell is that?’ At 12, I wasn’t interested … but she was beautiful,” he said. And he forced Stern’s intern Julie to come into the studio so he could comment on her appearance. Yikes.

Howie Mandel and Howard Stern became coworkers as co-judges of America’s Got Talent in 2012, and, by all accounts, it seems like the two get along just fine nowadays. But in 2006, an interview between the two caused a lot of discomfort — for Mandel, in particular.

As the Orange County Register explained in January 2018, at the end of the interview, Stern’s crew thought it would be funny to take away all the tissues so that Mandel, who suffers from Obsessive Compulsive Disorder (OCD), would be forced to touch the studio’s doorknobs. Mandel told the paper, “I started to hyperventilate and blurted out, ‘Howard, I go to a psychiatrist and have obsessive compulsive disorder and you have to open the door or I’m going to pass out.'” Mandel then realized that he was still on air. Finally, staff opened the door for him, and he ran onto the street in an embarrassed panic.

The story has a semi-uplifting end, however. Mandel explained to Bell Canada in 2014 that a man approached him on the street to relate to what Mandel had just experienced, saying, “I just heard you on Howard Stern … Me too.”