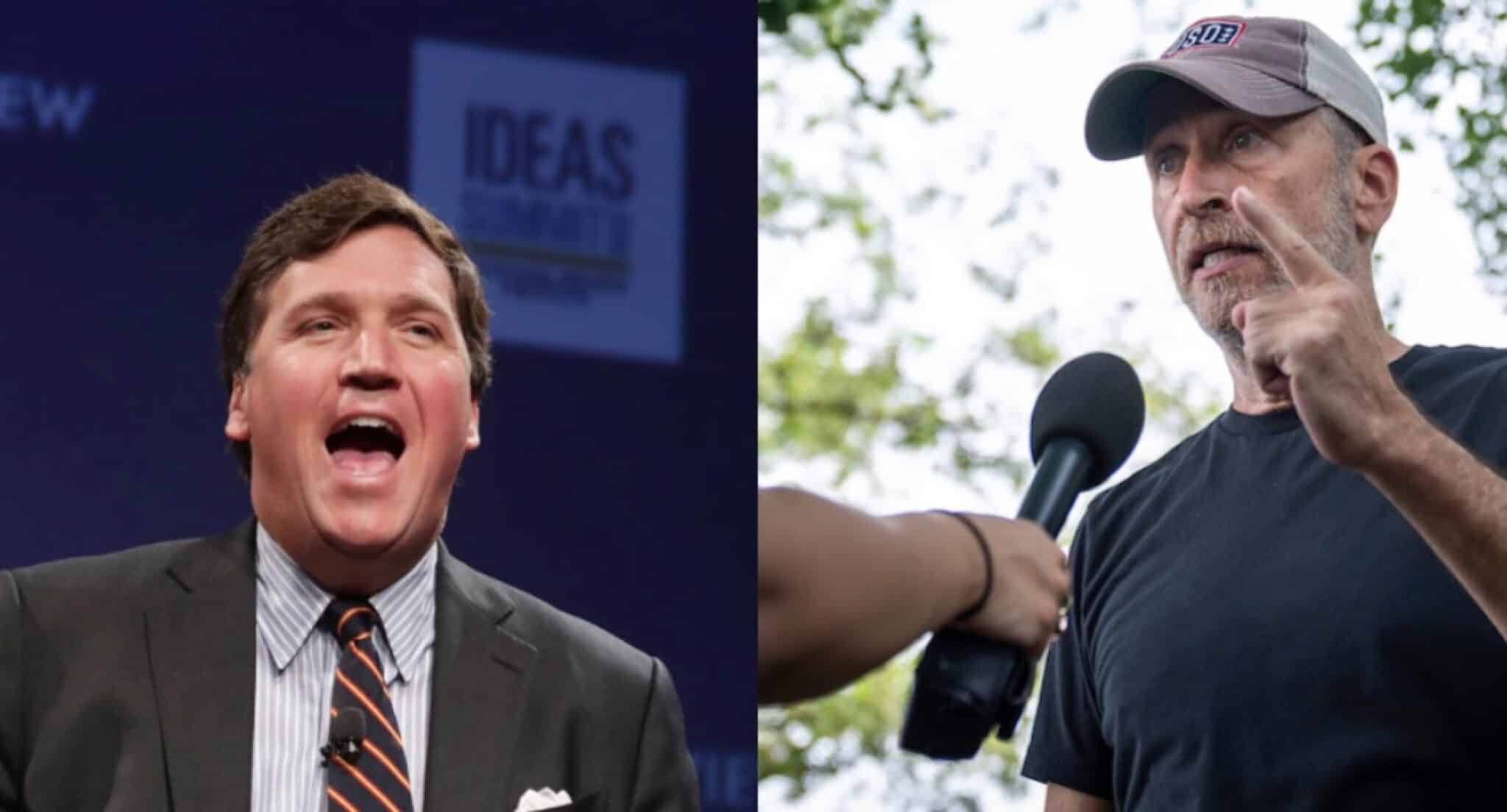 It didn’t take long for Jon Stewart to hit back at Tucker Carlson after the Fox News host took shots at him on Thursday night.

On his show Thursday, Carlson took aim at Stewart over his fiery advocacy of the PACT Act, which expands healthcare for military veterans exposed to toxins. Stewart ripped Republicans for blocking the bill last week and at one point shouted at right-wing troll Jack Posobiec outside the Capitol. The Senate eventually passed the bill this week.

“Around the end of the Obama administration, Jon Stewart disappeared, and you didn’t hear anything from him,” Carlson said. “He’s resurfaced, showing up in Washington, D.C. the other day, looking like a guy who lives in the men’s room at your public library, eating imaginary insects out of the air.”

The Fox News host aired a snippet of Stewart’s exchange with Posobiec.

The former Daily Show host eventually mocked Carlson over his praise of Hungarian Prime Minister Viktor Orbán, an authoritarian leader who has cracked down on press freedom and said he doesn’t want Hungary to have people of “mixed race.” Carlson traveled to Budapest last year to conduct a softball interview with Orbán.

Not long after the segment aired, Stewart fired back in a tweet, calling the Fox News host, “Tucky.”