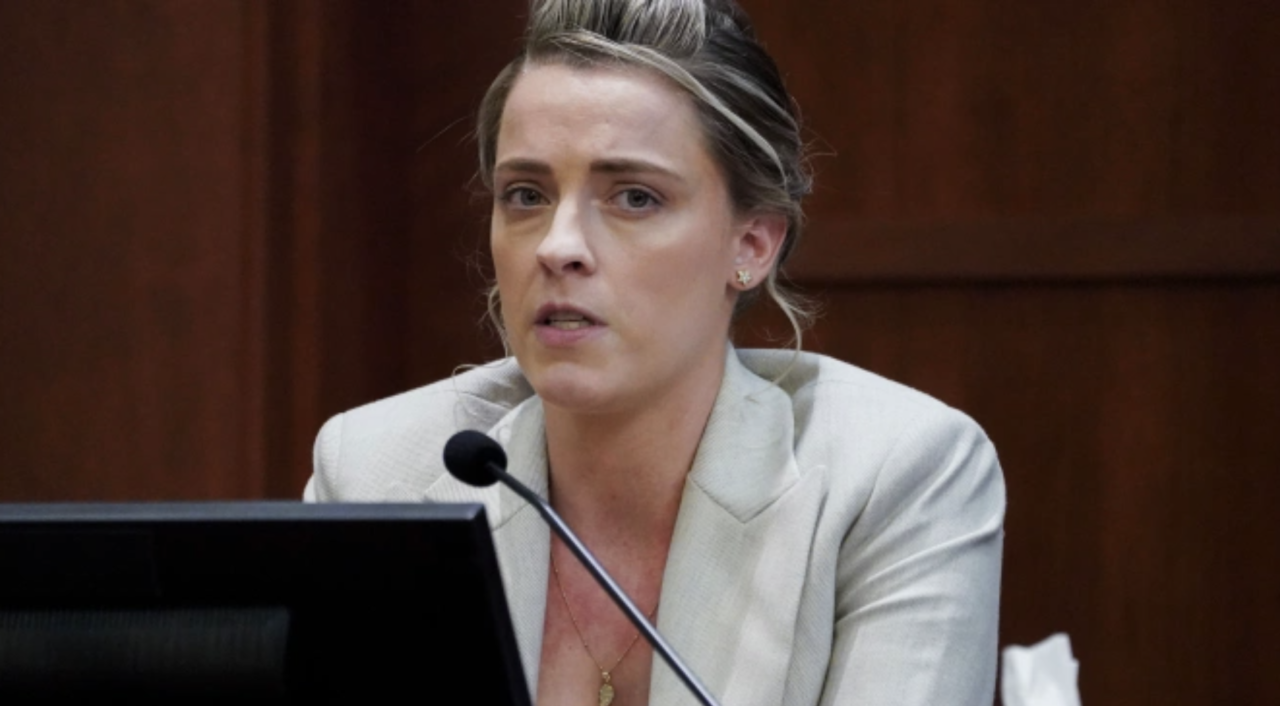 Johnny Depp repeatedly hit Amber Heard in the face during an argument at the couple’s penthouse in March 2015, Heard’s sister told a jury on Wednesday.

The sister, Whitney Henriquez, was called to the stand to corroborate Heard’s allegations that Depp repeatedly assaulted her over the course of their four-year relationship. Heard is defending herself from a defamation suit brought by Depp in Fairfax, Va.

Henriquez described witnessing a fight in which Depp and Heard were screaming obscenities at each other. Depp ran upstairs toward a mezzanine and hit Henriquez in the back, she said, and then Heard smacked him, saying “Don’t hit my fucking sister.” Depp’s security guard then ran up the stairs.

“Johnny had already grabbed Amber by the hair with one hand and was whacking her repeatedly in the face with the other, as I was standing there,” Henriquez said.

Henriquez previously testified about the fight — known in the Depp-Heard litigation as “the staircase incident” — during the 2020 defamation trial in the U.K. involving the couple. In that case, the judge found that Depp did assault Heard on that occasion, as well as on numerous others.

Depp also testified about the incident in the Virginia trial on April 20. In his account, he recalled taking a “roundhouse punch” from Heard. Jurors were shown a picture of his bruised face. Depp did not mention striking Heard or her sister. Travis McGivern, the security guard, gave testimony that generally lined up with Depp’s version of events.

Heard, meanwhile, recalled in her testimony that she had swung at Depp to protect her sister and that Depp had held her by the back of her head and hit her repeatedly in the face.

Henriquez testified that the next morning, she and Heard discovered that Heard’s closet had been trashed and her clothing racks were overturned on the stairs. She also said she found a non-disclosure agreement that had been left for her on the kitchen table. She said she never signed it.

Henriquez said that she witnessed a general decline in Heard’s health and wellbeing over the four years of her relationship with Depp. She said that Depp could be bright and bubbly when sober, but would become angry and abusive whenever he was using drugs or alcohol.

“When he was drinking he would get very angry,” she said. “He would say really nasty, unkind things, usually about Amber, sometimes about me.”

She remembered that during a party in London, Depp became angry and threw a steak knife at his assistant, missing him. She also remembered an incident — which Heard had also described — when Depp held a teacup yorkie out the window of a moving car while drunk. She said Depp also made a joke about putting the dog in the microwave.

Earlier in the day, jurors were shown videotaped depositions of Raquel Pennington and Joshua Drew, a couple who were friends with Heard and lived for a time in an adjacent apartment. Pennington took a number of photos showing bruises on Heard’s face and said she was scared on her friend’s behalf.