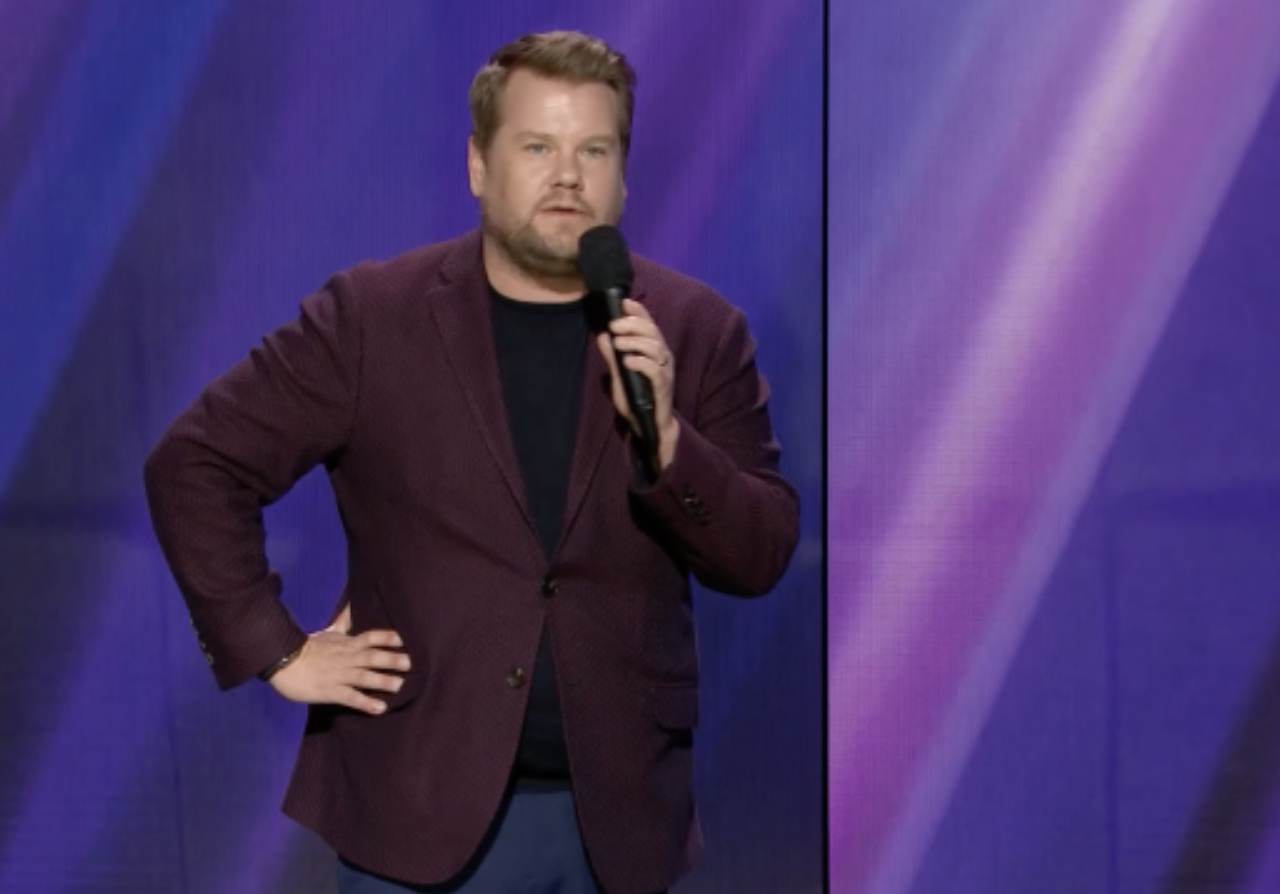 James Corden took to the stage at Carnegie Hall for his final Upfronts as he prepares to exit from The Late Late Show.

He kicked off by joking that Paramount ad sales boss Jo Ann Ross promise to keep it to an hour “worked out well” as it overran. “Thank god, this isn’t a place that has to stick by a schedule,” he laughed.

He pointed out all of the historic performances that had taken place at the venue, including The Beatles and Judy Garland as well as Paramount promotional gameshow Climb That Mountain, a Wayne Brady-led skit that preceded Corden’s appearance at the upfront.

“What are they going to do? Fire me?,” he chuckled.

It appeared that he was going to get serious for a minute highlighting a quote. “Don’t cry because it’s over, smile… because you won’t have to cover another Presidential Election.”

After a long segment on the company’s diversity strategy, Corden joked that the company is committed to representation, laughing that it cast “actual ghosts” in breakout CBS comedy.

He took a loving swipe at the Taylor Sheridan universe, pointing out Yellowstone and its prequel 1883 and 1932. “I can’t wait for 1997. It’s mostly Kevin Costner rollerblading,” he said.