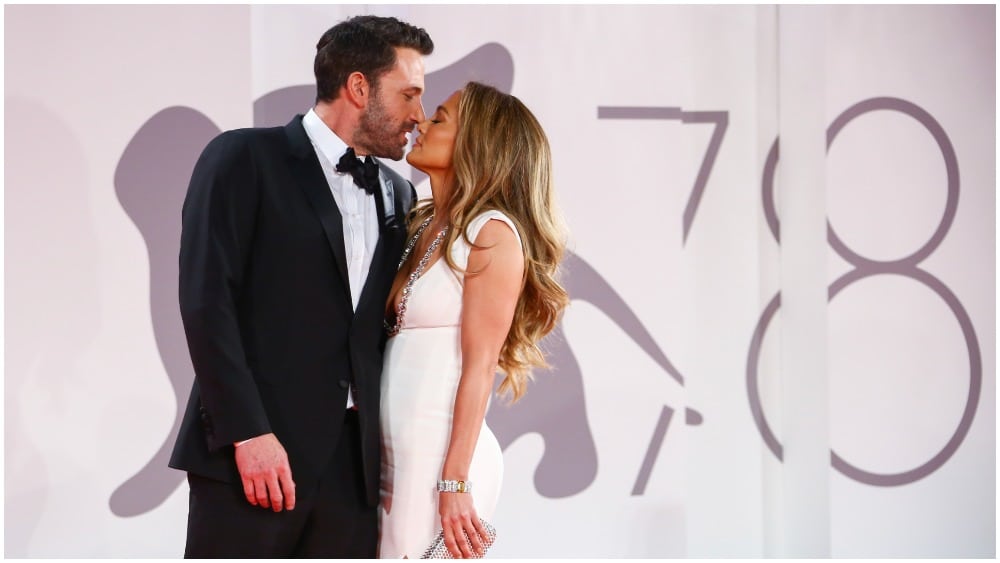 Everything old was new again at the Venice Film Festival on Friday, as actor Ben Affleck hit the red carpet hand in hand with girlfriend Jennifer Lopez, formally launching Bennifer 2.0.

The couple posed alongside co-stars Matt Damon and Jodie Comer and director Ridley Scott as they took in the world premiere of their historical drama “The Last Duel,” a true story of betrayal and revenge set in 14th century France. Co-star Adam Driver was not on hand as he’s currently shooting Noah Baumbach’s “White Noise” in the U.S.

Affleck and Lopez landed at Venice airport on Thursday before traveling to the city in a vaporetto taxi — a speedboat with the name “Confusion.” Their arrival put to rest weeks of speculation around whether or not the couple would attend the film festival together and make their first major red carpet debut since reuniting.

Lopez and Affleck, also known as “Bennifer,” had been set to get married in 2003, but postponed their wedding before calling off their relationship. They started dating again a few months ago, after she separated from Alex Rodriguez in April, according to press reports.

Action epic “The Last Duel” marks a different kind of reunion for stars Damon and Affleck, who co-wrote the film’s script, writing together for the first time since their Oscar-winning breakthrough “Good Will Hunting” in 1997. Affleck and Damon also co-produced the film – making the premiere an all the more auspicious berth for the celebrity couple.