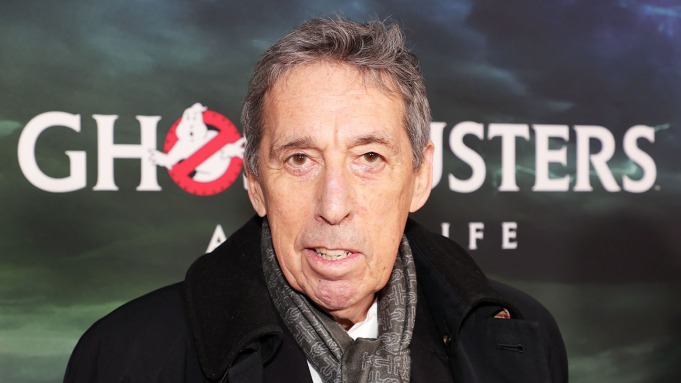 Ivan Reitman, the influential filmmaker and producer behind beloved comedies from Animal House to Ghostbusters, has died. He was 75.

Reitman died peacefully in his sleep Saturday night at his home in Montecito, Calif., his family told The Associated Press.

“Our family is grieving the unexpected loss of a husband, father and grandfather who taught us to always seek the magic in life,” children Jason Reitman, Catherine Reitman and Caroline Reitman said in a joint statement. “We take comfort that his work as a filmmaker brought laughter and happiness to countless others around the world. While we mourn privately, we hope those who knew him through his films will remember him always.”

Said Tom Rothman, chairman and CEO of Sony Pictures Motion Picture Group: “Tonight, the lady with the torch weeps, as do all of us at Columbia, and film lovers around the world. Ivan Reitman was an inseparable part of this studio’s legacy, but more than that he was a friend. A great talent and an even finer man; he will be dearly missed. We send his family all our condolences.”

Known for big, bawdy comedies that caught the spirit of their time, Reitman’s big break came with the raucous, college fraternity sendup National Lampoon’s Animal House, which he produced. He directed Bill Murray in his first starring role in Meatballs and then again in Stripes, but his most significant success came with 1984’s Ghostbusters.

Ivan Reitman told The Hollywood Reporter in November that Ghostbusters: Afterlife was an emotional project for him, especially seeing his three original leads back in uniform. “It was a very personal and sometimes tear-inducing experience,” he told THR. “The day that all three of them showed up for the first time and were just checking stuff out — it was just extraordinary; just feeling the vibe, not just for me, but I felt it in the crew and cast. I felt it everywhere.”