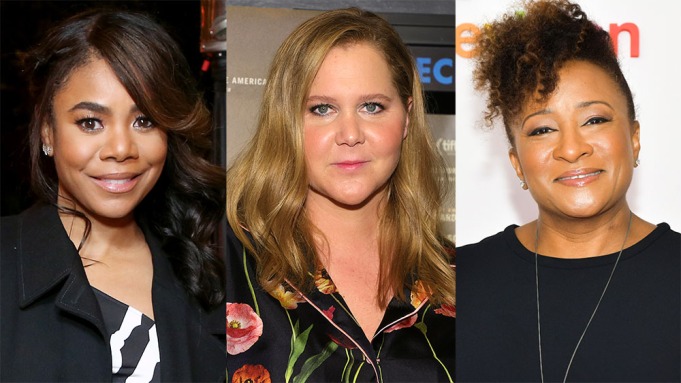 Regina Hall, Amy Schumer and Wanda Sykes will host the 94th Oscars on March 27, The Hollywood Reporter has confirmed.

It has been 35 years since as many as three people hosted Hollywood’s biggest night and never have that many women held the emcee position in a single evening.

As The Hollywood Reporter was the first to report last week, each host will lead the telecast — which is being produced by Will Packer and directed by Glenn Weiss — for an hour.

The trio will formally be announced on Good Morning America on Tuesday morning. The Academy of Motion Picture Arts and Sciences declined to comment when reached by THR on Monday.

Hall has worked with Packer on the 2017 film Girls Trip. And Schumer and Sykes each have a connection with ABC, the Oscars’ broadcasting partner: Schumer has a show, Life & Beth, coming to Hulu, which shares ABC’s parent company, Disney. Sykes has been associated with Black-ish, which airs on ABC.