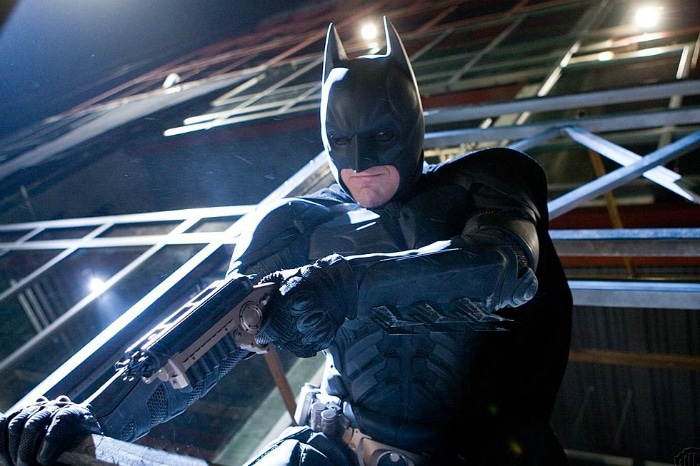 The following post contains spoilers for The Dark Knight. It came out 10 years ago this week, hopefully you’ve seen it by now.

There are many ways to do good in this world. You can donate money to charity, or serve your country. You can volunteer with the homeless, or give blood at a hospital. Or you can dress like a bat and punch criminals in the face.

Admittedly, that is an unconventional approach to civil service. But for 75 years, that is how Bruce Wayne has entertained generations of readers, viewers, and gamers; by trying to bring peace to Gotham City in a cape and cowl. In Batman Begins, Wayne (played by Christian Bale) explains the rationale behind this idiosyncratic outlet for his altruism:

“People need dramatic examples to shake them out of apathy and I can’t do that as Bruce Wayne.
As a man, I’m flesh and blood, I can be ignored, I can be destroyed; but as a symbol … as a symbol
I can be incorruptible, I can be everlasting.”

Batman Begins and the two films that follow, The Dark Knight and The Dark Knight Rises, explore the impact of Wayne’s decision. He becomes Batman to inspire Gotham City, and he does — just not how he intended. Batman brings hope to Gotham, and just as much chaos. Copycats in cheap Bat-masks and hockey pads wander the streets with shotguns. In desperation, the Gotham mob turns to a madman in bad clown makeup to help them.

The centerpiece of Christopher Nolan’s Batman trilogy, The Dark Knight, turns 10 years old this week. As a piece of entertainment, it holds up beautifully. It is just as thrilling as you remember, and even more intelligent. The late Heath Ledger’s performance as the Joker deserved an Oscar, and he’s just one member of an outstanding ensemble, including Bale, Gary Oldman, Maggie Gyllenhaal, and Aaron Eckhart as doomed district attorney Harvey Dent. Every other Batman movie is to The Dark Knight as Robin is to Batman: Smaller, weaker, of similar stock but obviously inferior.

But just as Batman’s arrival in Batman Begins roused a response from the darker elements of Gotham, The Dark Knight prompted a similarly unexpected escalation, both among the angriest and most vocal of online movie fans, and from Warner Bros. executives who had to figure out how follow Nolan’s trilogy. The Dark Knight is a truly great film whose influence on Batman and the DC movie universe in general has been almost entirely negative. Unlike Batman himself, as a symbol The Dark Knight was entirely corruptible. 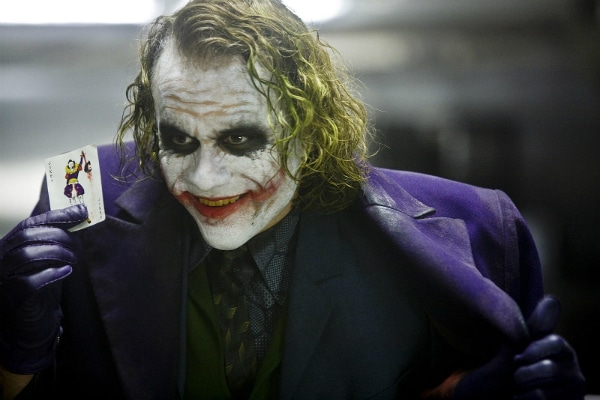 Some movies’ success is mystifying. The Dark Knight’s is not. Take an already beloved character, pit him against his most famous villain, reinvent both from the ground up, and plop them into a pressure cooker of a story with some truly impressive visuals (select sequences were filmed with IMAX 70mm cameras) and you will have a hit 10 times out of 10.

When I saw The Dark Knight in IMAX in 2008, hundreds of people audibly gasped at the film’s opening helicopter shot; for the next 150 minutes, Nolan refused to let them catch their breath. But even on a small screen, The Dark Knight still packs a punch. Ledger’s Joker, full of horrifying schemes and seemingly unstoppable, is enough to give you an anxiety attack, and Hans Zimmer and James Newton Howard’s eerie, droning score perpetually ratchets up the tension as he plays out his sadistic games.

Back in 2008, much was made of the movie’s sometimes incoherent action choreography (a few years later, it figured greatly into a widely discussed video essay about the rise of “chaos cinema”). But given that the Joker literally calls himself “an agent of chaos,” that feels more like a feature than a bug. It’s as if the Joker’s dementia has so completely infected Gotham that it spread to the editing room as well.

Plus, when Nolan does slow down, The Dark Knight has an overwhelming number of memorable images. The opening shot gliding high over the streets of Gotham. The Joker standing on a corner, clown mask in hand; his tractor trailer flipping ass over teakettle after Batman slips a wire through its axles. Batman, standing atop a smoldering pile of rubble after failing to rescue someone he loves from one of the Joker’s bombs.