Tom Cruise is known for being his own best stuntman, but that means he sometimes ends up injured in the process.

For example, while filming a scene for Mission: Impossible 6, Cruise hurt his ankle when he had to jump between two buildings and production had to be halted. In honor of Mission: Impossible – Fallout coming out July 27, we look back on some of the riskiest stunts the superstar took on during filming the classic movies.

And you can keep seeing Cruise’s ridiculous, and impressive stunts in action when Mission: Impossible — Fallout hits theaters on the 27th.

Hanging off the Side of a Plane In Mission: Impossible: – Rogue Nation 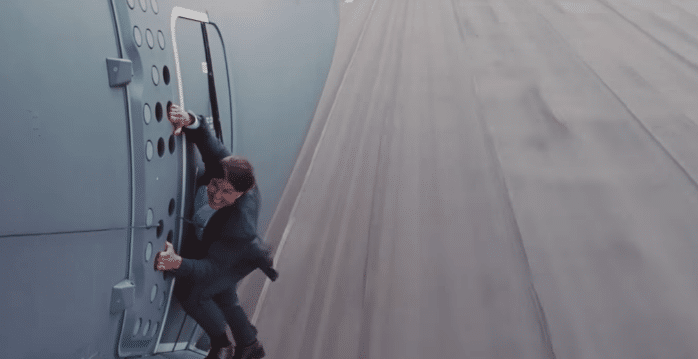 Tom Cruise hanging off a plane during a stunt for “Mission: Impossible: Rogue Nation.”

Cruise himself has described this stunt as “undoubtedly the most dangerous thing I’ve ever done.” It kicks off the opening sequence of the fifth Mission: Impossible movie. According to director Christopher McQuarrie, the idea for the stunt started as a joke, but then they made it a reality. Besides the obvious danger factors of hanging directly off a plane as it takes off at full speed, the star said he was really worried about staying in the camera’s shot.

During the series’ fourth installment, Cruise hung off the world’s tallest building: Dubai’s Burj Khalifa, which stands at 2,722 feet. The film’s stunt coordinator, Gregg Smrz, later told the New York Daily News that he thinks he “probably aged 10 years” while Cruise was hanging 1,700 feet in the air with a wire for support.

Flying a Helicopter — and Manning the Camera for Mission: Impossible – Fallout 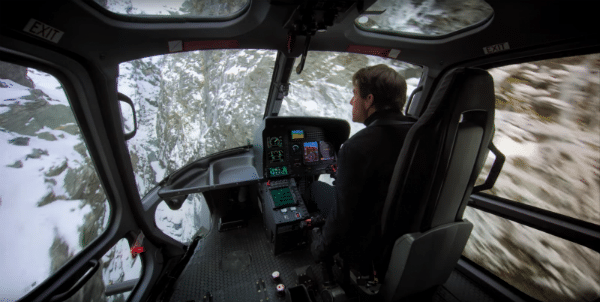 Tom Cruise is flying a helicopter and manning the camera in “Mission: Impossible – Fallout.”